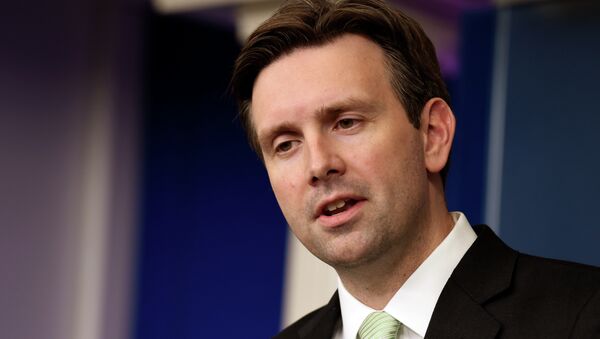 A White House spokesperson stated that the new program for provision of body cameras to police body cameras will help improve relations between police departments and minority communities.

"Many of the programs… envision a relationship between the federal government and local enforcement agencies that would help those agencies that feel like they are in need of reform and make sure that they have the training and the resources that are necessary to enhance crime prevention,” Earnest told a press briefing.

"It [the funding] would also be used to facilitate the expansion of programs that encourage community leaders and law enforcement agencies to engage in a dialogue," Earnest said.

The White House asked for $263 million in funding for police body cameras and training. The program would offer a total of $75 million over three years to match state funding for the cameras by 50 percent, helping to pay for more than 50,000 of the devices, according to the White House report.

President Obama's initiative follows amid the unrest in Ferguson, Missouri where a grand jury last week decided not to bring charges against Darren Wilson, a white officer who fatally shot African-American teenager Michael Brown on August 9.