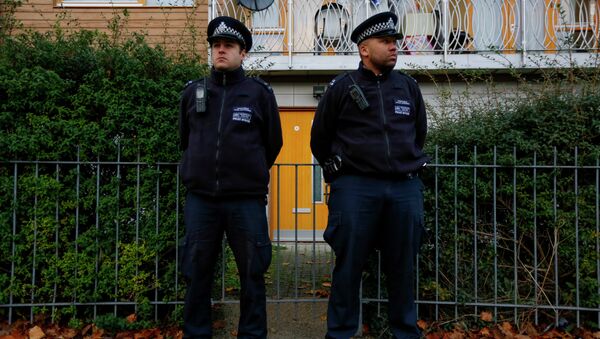 British Police to Involve Public in Combating Home-Grown Terrorism
MOSCOW, December 1 (Sputnik) — Human Rights Watch expressed concern Monday over the possible adoption of a Counterterrorism and Security Bill in the UK, which may infringe citizens' freedoms.

"The UK government is rushing to adopt some of the most problematic changes to counterterrorism policy in years," Izza Leghtas, Western Europe researcher at Human Rights Watch, said, as published on the watchdog's website.

Terror Threat in UK Greater Than Ever Before: Home Secretary
The second reading of the bill in the House of Commons will take place on Tuesday, and it will be considered by the House's Committee on December 9. Further sittings are scheduled for December 15 and 16. The first hearing took place on November 26, according to data published on the UK parliament's website.

According to the parliament's website, if the bill is adopted, it will allow the government to confiscate passports of citizens suspected of leaving the country to engage in terrorism activities abroad. Moreover, it will allow temporary exclusion from the United Kingdom for two years, as well as oblige schools, colleges, universities, the police, prisons, probation providers and local governments to make sure people with extremist views are not engaged in terrorism.

The bill is being considered in the context of rising concern over the frequent cases of Western nationals traveling to Syria and Iraq to join extremist groups, in particular, Islamic State.