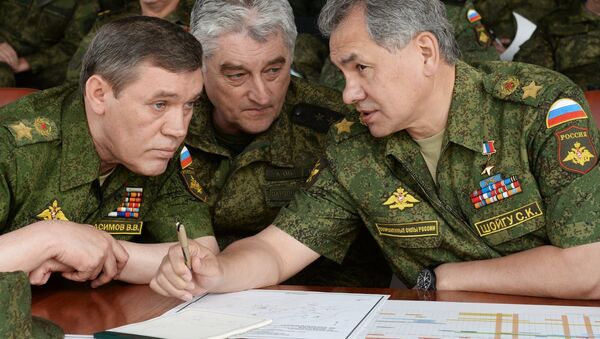 MOSCOW, December 1 (Sputnik) – The creation of the National Defense Control Center began in May 2013. President Vladimir Putin has announced that the council will improve the military’s central command system. From April 1 to December 1, 2014, the focus was on tentative combat duty, reports RIA Novosti.

On Monday the National Defense Control Center was announced to be officially operational.

"We have successfully completed the most important stage in creation of the National Defense Control Center, as well as regional and territorial control centers of the Armed Forces," announced defense Minister Sergey Shoygu, during the opening ceremony.

The centers are equipped with "high-end computing systems, modern means of automation and communication and over 500 skilled specialists," added Shoygu.

"Thus, in a relatively short time span, a new mechanism in the operation of the state defense body has been formed," the minister said.

Shoygu further added that, "its operation will allow for continuous analysis of the situation, to develop ways to respond to changes promptly and to coordinate the undertakings of federal executive bodies in the defense sector,” reported RIA Novosti.

The National Defense Control Center comprises of three control centers. The first is the control center for strategic nuclear forces. It is designed to control the use of nuclear weapons as per the decision of the military and political head of the Russian Federation.

The command and control sector monitors the military-political situation worldwide; it analyzes and forecasts any threats to Russia or its allies. The same center provides control over the armed forces, as well as the troops which are not under the Russian Defense Ministry’s command.