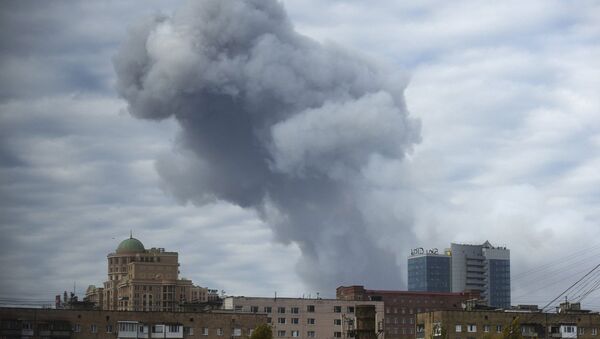 Nils Muiznieks urges the Ukrainian government to protect the rights of Donbas residents. He also stresses the need to engage the UN and international NGOs in this process.

Bill to Abolish Special Status of Donbas Enters Ukrainian Parliament
KIEV, December 1 (Sputnik) — The Council of Europe's Commissioner for Human Rights Nils Muiznieks has expressed hope on Monday that Kiev will not forget about the needs of eastern Ukraine’s citizens.

"I think the key thing is your compatriots in the east should not be forgotten," Muiznieks said during a human rights conference in Kiev, when responding to a reporter's question on what Kiev government should do for Donbas.

The commissioner stated that it is very important to work with the UN and with international non-governmental organizations to protect the rights of eastern Ukrainians.

12-Year-Old Boy Killed During Attack on Donetsk by Ukrainian Forces
“I think it's important to work with UN, work with NGO's and do have access to do what can be done to help Ukrainian citizens who are in a vulnerable situation in these territories. I think that is essential to try to continue to communicate with these population and say you're our citizens and we will do what we can — to protect your rights and to work with international organizations and that have access [there]," he said.

Following his September visits to Kiev, Simferopol and Moscow, Muiznieks published a report, which has been criticized by the Russian Foreign Ministry for a failure to represent the information objectively.

UN Distributes Food Vouchers Worth $450,000 to Donetsk Residents
In April, Kiev military forces began a military operation against independence supporters in eastern Ukraine, who refuse to recognize the legitimacy of a new government that came to power following a February coup. According to the UN, the confrontation has claimed the lives of over 3,700 people. On September 5, the opposing sides reached a ceasefire agreement at a Contact Group meeting in Minsk.

Due to the conflict, Ukraine's southeastern regions are dealing with a severe humanitarian catastrophe, and many people are struggling without basic needs.