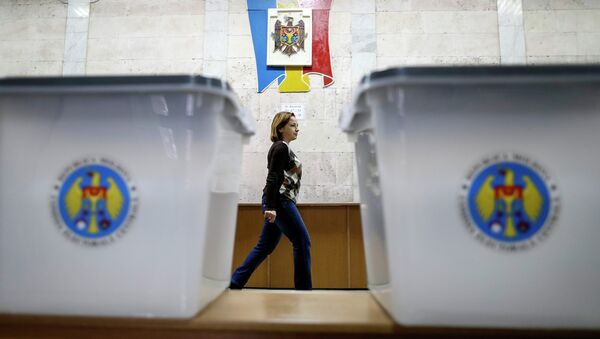 Russian Deputy Foreign Minister Grigory Karasin said that Russia was ready to open more polling stations to allow Moldovans living in the country to vote in their parliamentary elections.

"The Russian Federation was ready to open as many polling stations as necessary to ensure that Moldova residents could exercise their right to vote. Considering the fact that according to some data, maybe not even complete, there are about 700 thousand Moldovan residents on the territory of the Russian Federation, we were ready to open about twenty to thirty polling stations in various cities and regions," Karasin said.

"But the final decision in this case is made by the government of the country where elections are taking place," he added.

Moldovan authorities first planned to open 15 polling stations in Russia, but only 5 were set up for the elections. According to the country's socialist and communist parties, at least 500,000 Moldovans working in Russia were not able to vote as a result.

Four independent candidates and 21 political parties participated in the election.

After 75 percent of the ballots were counted, the country's socialist party still maintained the lead with 21.93 percent of the votes, according to the Central Election Commission of Moldova. The liberal-democratic party followed with 18.96 percent.

A parliamentary election, which allocates all 101 seats in the country's parliament, is held in Moldova every four years.