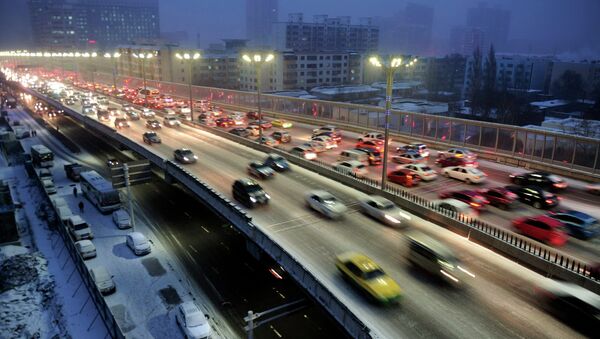 The regulations, set to come into force January 1, 2015, will prohibit the use of internet, mobile phones and other digital communications technology to spread religious or separatist propaganda, Reuters noted. Fines ranging from 5,000-30,000 yuan (about $815-$4,885) will be handed out to those who break the law, with the possible confiscation of equipment also stipulated in the law. The legislation prohibits logos on clothing that might be linked to religious extremism, but the China Daily has said that what this may amount to in practice remains unclear.

Asia
China to Recruit Ex-Soldiers to Protect Xinjiang From Terrorism
The regulations are set to restrict the practicing of religion in offices, public schools, businesses and other institutions, limiting religion to officially registered venues.

The laws will require religious authorities to report the viewing or distribution of videos about jihad, holy war, and religious extremism at religious venues to local authorities.

Lawmakers have said that the regulations are a response to newly arising situations. "The old regulation, which was passed 20 years ago, just cannot handle new situations, such as the spreading of terrorist or extreme religious materials via the Internet or social media, and using religion to interfere in people's lives," said Ma Mingcheng, Deputy Director of the Xinjiang People’s Congress, and the director of its Legislative Affairs Committee, as quoted by the China Daily.

"The revised and new articles all target the most urgent and unique problems in Xinjiang's religious affairs and are very practical," Ma added, noting that it’s important for people “to know what religious activities are protected and what need to be stopped."

The regulations, which have taken two and a half years to draft, will be applied to the Xinjiang Uyghur Autonomous Region starting next year, and is the first such targeting of religious extremism by the country’s legal code, the China Daily has explained, adding that the new rules have been “the most discussed and debated measure in the region’s history due to the sensitivity and importance of the subject.”

Li Juan, president of Xinjiang’s Police Academy, told the China Daily that the old legal measures used to deal with the issues of religious extremism up to this point were based on government directives, which have occasionally been misinterpreted and used inappropriately by the authorities.

The new rules are desperately needed in the highly restive Xianjiang region, with 15 people killed on Saturday in stabbing and bombing attacks, and Uighur religious and separatist violence escalating in recent years, resulting in attacks causing several hundred deaths this year along in Xianjiang and regions throughout the country.

Local security officials had introduced measures Friday which would result in the hiring of 3,000 former soldiers to protect residential communities from violence and terror attacks.