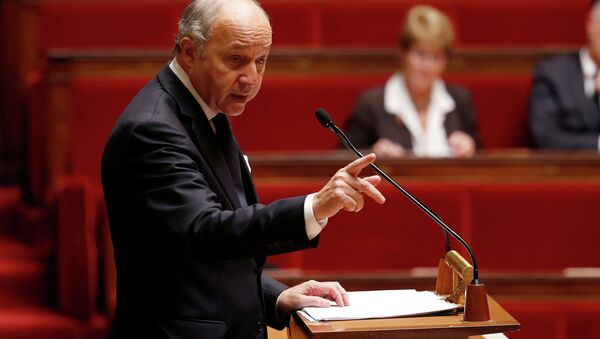 French Foreign Minister Laurent Fabius made statement on Twitter that France would recognise Palestine as an independent state.

"France will recognize Palestine. This recognition is not a favor, not an indulgence, it's a right," Fabius said.

Netanyahu: Recognition of Palestine's Statehood by France Would Be Reckless
The French National Assembly's Friday session is dedicated to the issue of recognizing the Palestinian Authority as a sovereign country. The vote on the non-bonding motion is expected take place on December 2.

In October, the United Kingdom held a vote that recognized the Palestinian state. Sweden followed Britain and recognized the state of Palestine on October 30. In November, Spain adopted a motion recognizing Palestinian Authority as a sovereign state.

Palestinians seek to create an independent state on the territories of the West Bank, including East Jerusalem, partially occupied by Israel, as well as the Gaza Strip, territory currently controlled by Hamas militants.

Palestinians designated Jerusalem as their capital, calling on Israel to withdraw from Palestinian territories it occupied after the 1967 war.