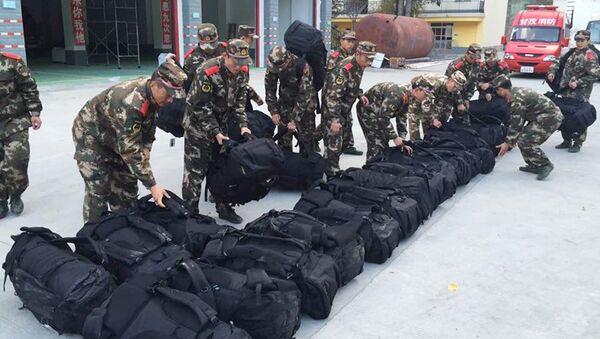 Individuals under 30, who demobilized this year and are without criminal record, can apply for the job, an official from the bureau told the Global Times on Thursday. Applicants are required to sit for a political examination and undergo a health check. The administration will pay each soldier 3,000 yuan ($500) a month and provide them with a local residence certificate.

"This is the first time that we are employing ex-soldiers to maintain community stability," an official was quoted as saying by the Global Times.

Local authorities attribute the necessity of hiring home guards to the raised terrorist activity in Xinjiang, where pro-Islamist sentiments among Uyghur separatists can be observed.

According to Pan, currently only women without military experience patrol at night in Urumqi, while former soldiers will be by far more effective at preventing terrorist attacks and acts of violence.

In March, a group of Uyghur separatists stabbed to death 31 people in a railway station in southern Yunnan province. Three suspects were sentenced to death with one convicted to life in jail.

Separatists conducted several attacks on police stations, a shop and a food market in Xinjiang in September. In the riots that followed these incidents, at least 50 people were killed, with several police servicemen among the victims.