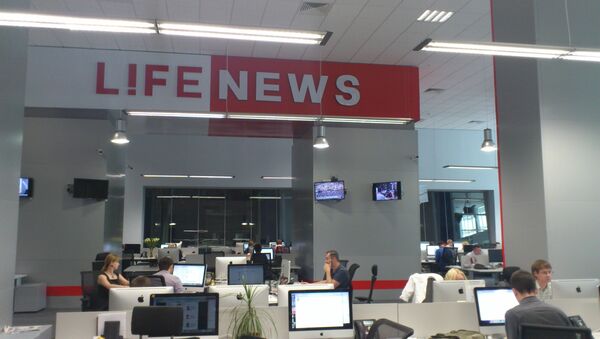 LifeNews earlier reported that correspondent Yevgeniya Zamanovskaya was attacked in Kiev while on the editorial assignment. The reporter was covering the disorders during local football fans attempt to cut short the concert of a Ukrainian singer Ani Lorak.

Since Kiev launched its military operation against independence supporters in eastern Ukraine in April, over 4,000 people, including civilians, children and journalists on professional duty have died in the region, according to the UN figures.

On Thursday, OSCE Representative on Freedom of Media Dunja Mijatovic stated that journalists' safety in the OSCE region largely threatened free media, saying journalists are attacked on a daily basis. Mijatovic added that since the beginning of the Ukrainian conflict, seven journalists had been killed, at least 170 attacked and about 80 abducted and detained.