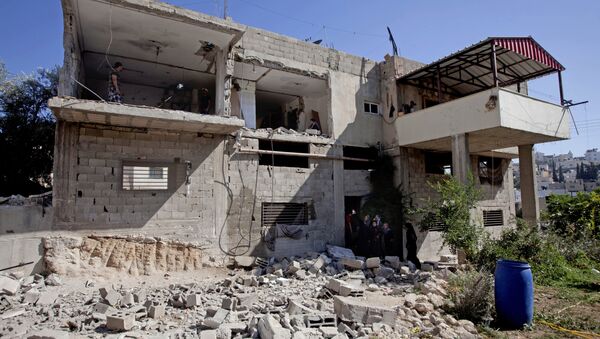 "Israel and the United States are trying to dissuade the nearly 200 states that are party to the Fourth Geneva Convention from convening a special session in mid-December to address conditions in the West Bank, Gaza Strip and East Jerusalem," Haaretz reported, adding that Israeli and western diplomats said that Canada and Australia are also helping Israel to prevent the special session.

"We strongly oppose the convening of the High Contracting Parties to the Geneva Conventions and have made our opposition unmistakably clear," Edgar Vasquez, a spokesman for the US State Department told Haaretz Wednesday.

According to the Haaretz sources, Switzerland, as the convention sponsor in now under pressure from Palestinians and Arab States and is likely to start sending invitations for the conference in the next few days. Israel and its allies are also exerting pressure on Switzerland to prevent it from doing so.

In April, the Israeli government announced its plans to build more settlements in Palestinian territories. Soon after that, Palestinians and Arab League officially asked Switzerland to call a special session to discuss the Israeli occupation of the West Bank and East Jerusalem and the damage Israel has caused to civilians in Gaza. Switzerland, in response, distributed a proposal to the states, parties to the Fourth Geneva Convention, to hold a conference at the ambassadorial level mid-December.

However, Israeli officials asked Switzerland not to convene the event, which, in their opinion, would do nothing but provide Palestinians with the opportunity to make Israel look bad on the international stage. Israel said it would boycott the conference if it went ahead. According to Haaretz, the United States and Canada told Switzerland that they would also boycott the event.

In September, the Israeli government cancelled a plan to build 2,500 settlement units in Jerusalem after the US State Department announced that the plans were "counterproductive to Israel's stated goal of a negotiated two-state solution with the Palestinians." However, the plans to build new Israeli housing units in the disputed West Bank settlements remain in force.

The Fourth Geneva Convention of 1949 is aimed to protect civilians living in conflict or occupied areas. Currently about 200 states are parties to the Fourth Geneva convention.