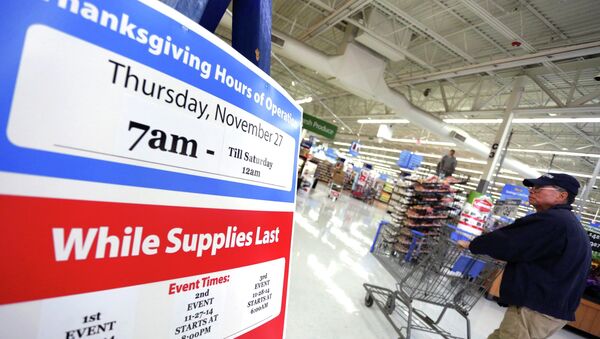 US celebrities are joining calls on social media for a shopping boycott on Black Friday, one of the busiest consumer-spending days in the United States, over police brutality in riot-struck Ferguson.

Now is the time for us to stand united & take action #BlackoutBlackFriday: http://t.co/1BAUkcZaEf. RT! pic.twitter.com/nfH25UlRXN

“The National reaction to Ferguson could be the beginning of more a conscious progressive community which could change American politics,” Simmons said in social media. “We must put people in office who are sensitive to the plight of the black community.”

“We have the power to change our nation,” Kat Graham, star of a popular show called The Vampire Diaries wrote.

On Monday, a grand jury decided not to bring charges against white police officer Darren Wilson for shooting and killing Michael Brown, an unarmed African-American 18-year-old, during an altercation in a leafy backstreet in a Ferguson suburb on August 9.