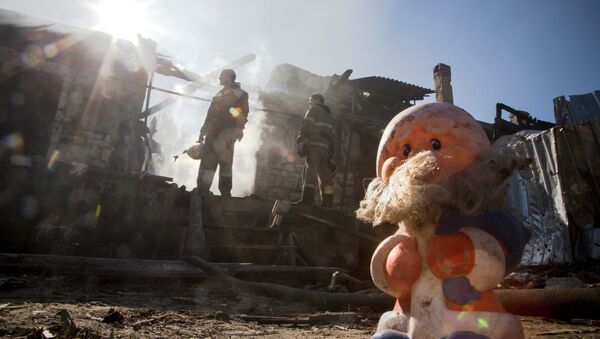 A 12-year-old boy and a 55-year-old woman were killed during shelling in Donetsk, eastern Ukarine, according to a RIA Novosti correspondent.

DONETSK, November 27 (Sputnik) – Several Grad rockets, launched by the Ukrainian forces, have hit the Zhilkop neighborhood in the Ukrainian city of Donetsk, with a 12-year-old boy among the victims of the attack, a RIA Novosti correspondent reported Thursday.

Also among the victims is a 55-year-old woman, according to the correspondent.

Explosions were heard in the Zhilkop residential area of Donetsk Thursday afternoon. Earlier, one of the local hospitals reported two injured people.

According to the boy's relatives, he was running to the shelter when the attack began.