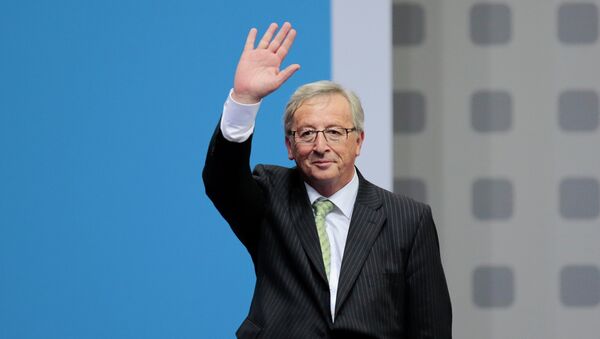 "Europe is back in business," the European Commission's President Jean-Claude Juncker said referring to plans on boosting the EU economy.

“We need to invest in our education and innovation systems that are often underfunded and less equipped than those of our key competitors. Investing in people –this is what the social market economy is about,” he added.

World
Juncker Wins Approval as New European Commission Chief
According to Juncker, his plan will address the bloc’s current lack of investment, by providing guarantees to absorb the initial risks associated with starting new projects, important to the development of the 28-member bloc.

“We need to send a message to the people of Europe and to the rest of the world: Europe is back in business,” Junker said.

Today we turn a page: We are adding the 3rd point of a virtuous triangle: An ambitious +realistic Investment Plan for Europe #investEU

Economic Growth in Europe Lower Than Expected: European Commission
The European Fund for Strategic Investment is Juncker’s first major move since he assumed office in early November. The plan will be presented to EU member nations' leaders at the next European Council meeting in Brussels in December and is expected to be approved by summer 2015. According to European Commission estimates, the plan will create up to 1.3 million jobs.