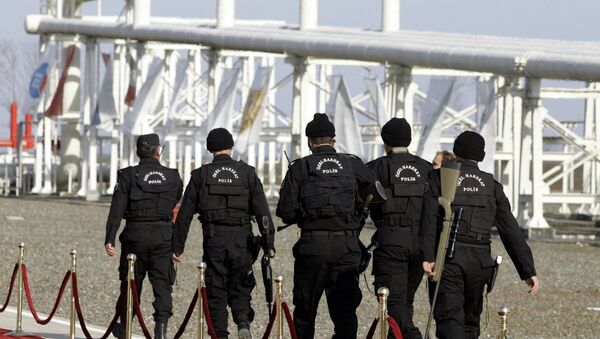 According to initial calculations given to Turkey by Russia, deliveries of additional volumes of gas could start in the beginning of 2016, Turkish energy minister said.

"The Turkish side expressed its desire to increase the volume of gas deliveries through Blue Stream to three billion cubic meters a year," Novak said during a Russian-Turkish inter-government commission meeting.

Russian gas giant Gazprom and Turkey’s Botas are working on the technical and economic details of the project, he said, adding "Russia and Turkey as a whole are interested in completing this project."

"According to initial calculations given to us by Gazprom, deliveries of additional volumes of gas could start at the beginning of 2016," Turkish Energy Minister Taner Yildiz told journalists.

Russia, Turkey to Increase Capacity of Blue Stream Gas Pipeline
Yildiz said Turkey was ready to receive extra gas in the beginning of 2015, adding that Turkish gas consumption has increased as a whole, especially during the winter.

According to the Turkish energy minister, a request was made at the meeting for a price discount on gas supplies to Turkey.

"We have sent a request to the Russian side for a discount and it is currently being reviewed," Yildiz said.

Blue Stream is a major gas pipeline between Russia to Turkey through the Black Sea. It is part of the gas transmission corridor between the two countries running through the territories of Ukraine, Moldova, Romania and Bulgaria. The pipeline was constructed by a joint venture of Gazprom and Italian corporation Eni.