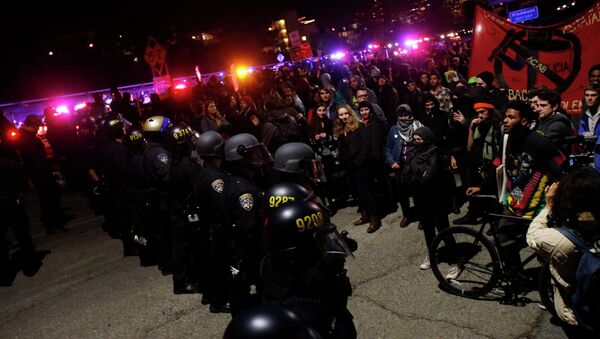 Two FBI officers have been injured trying to help a barricaded citizen amid Ferguson protests.

MOSCOW, November 26 (Sputnik) - Two FBI agents were shot early Wednesday morning in St. Louis County as they were responding to a situation where a person had been barricaded inside a home, KSDK reported.

The shooting took place around 3:15 a.m. near the intersection of N. Hanley Road and Monroe Avenue in St. Louis, the news channel said, adding that a part of the road has now been closed.

Meanwhile, the St. Louis suburb of Ferguson has erupted in a fresh wave of rioting, looting and violent clashes between police and protesters.

The protests broke out on Monday after a grand jury chose not to press charges against white police officer Darren Wilson, who fatally shot unarmed African-American teenager Michael Brown in August.