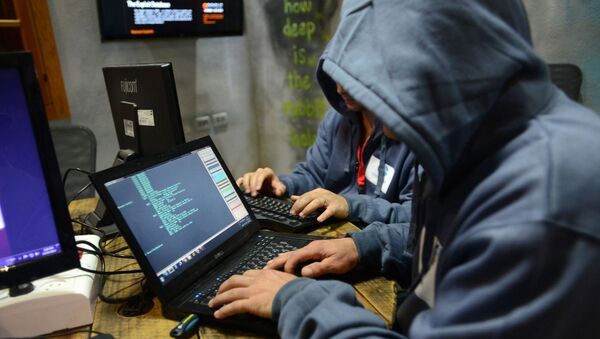 © East News / UPI Photo / eyevine
Subscribe
Despite earlier claims that US had no intention of supplying Ukraine with weapons, a recent leak of government documents has revealed plans to supply weapons to Kiev. The leak was published online by Ukrainian hackers group CyberBerkut.

MOSCOW, November 25 (Sputnik) – The Ukrainian hacker group CyberBerkut published on Tuesday documents showing, in particular, that the Ukrainian military are receiving hundreds of thousands of dollars from Washington.

US Vice President Biden Arrives in Ukraine
According to the hackers, the information was obtained during the visit of US Vice President Joe Biden to Ukraine last week, when they were able to access confidential State Department documents via a mobile device of a US delegation member.

"After examination of just a several files there is the impression that the Ukrainian army is the branch of US Armed Forces. The volume of US financial assistance amazes with its scale. They also show the highest level of degradation of the Ukrainian Armed Forces. Besides, thousands of dollars go on personal accounts of military personnel and used by certain officers in personal needs. What will the American taxpayers say?" the statement published on the official CyberBerkut web page said.

US Weapons Supply to Ukraine Would Violate International Law: Ombudsman
Other documents published by the hackers indicate that Washington is ready to supply Ukraine with "400 units of sniper rifles, 2,000 units of assault rifles, 720 hand grenade launchers, nearly 200 mortars and more than 70,000 shells for them, 150 stingers and 420 anti-tank missiles."

Earlier, the United States said it had no intention of supplying Ukraine with lethal weapons, instead planning to deliver non-lethal aid, including armored vehicles, radars, body armor, binoculars, small boats and other gear. However, the documents leaked by the hackers reveal that Washington's aid to Ukraine includes lethal weapons, such as rifles, grenade launchers and mortars. 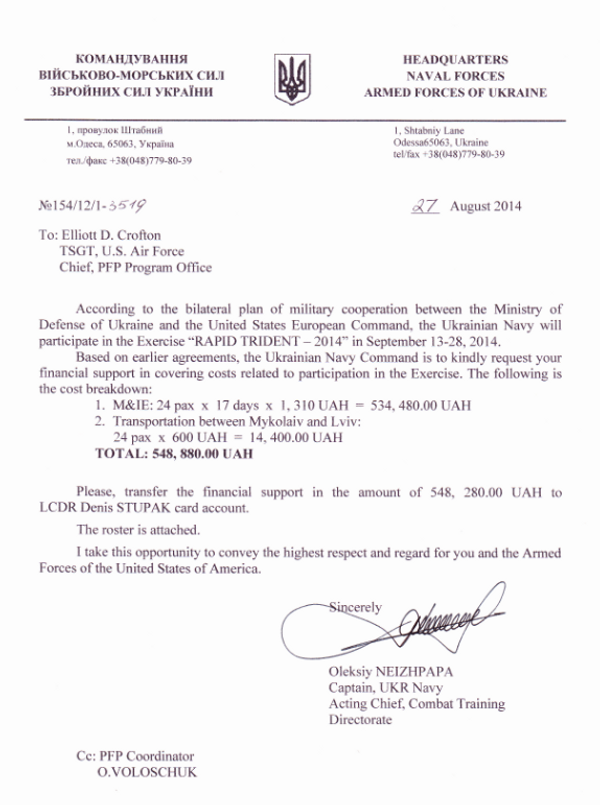 The Naval Command asks US to sponsor Ukrainian officers during military exercises headed by the Pentagon on the Ukraine territory
© cyber-berkut.org 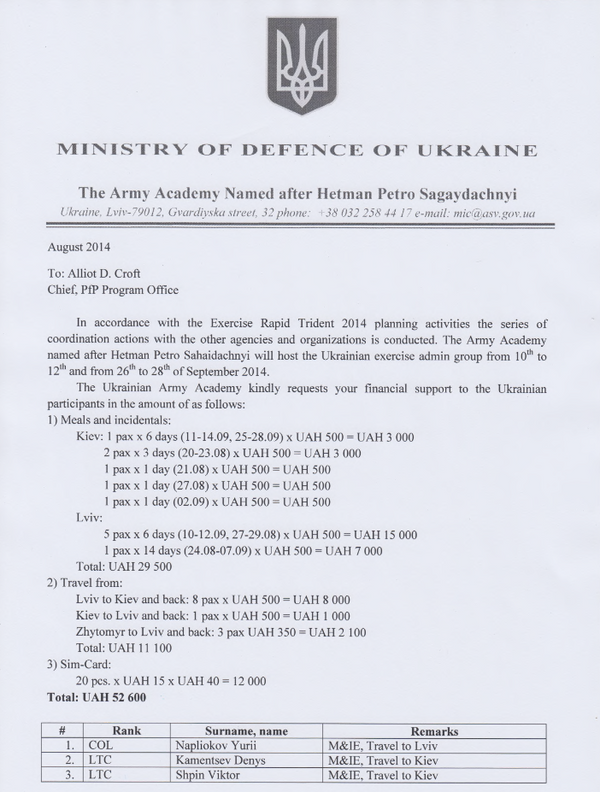 The Army Academy Named After Hetman Petro Sagaydachnyi asks to cover exercise expenditures for meals and incidentals of eleven officers and one civilian
© cyber-berkut.org 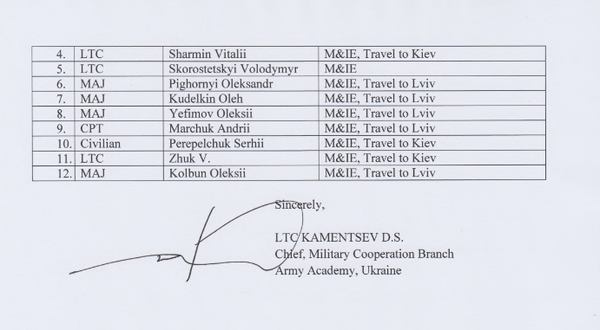 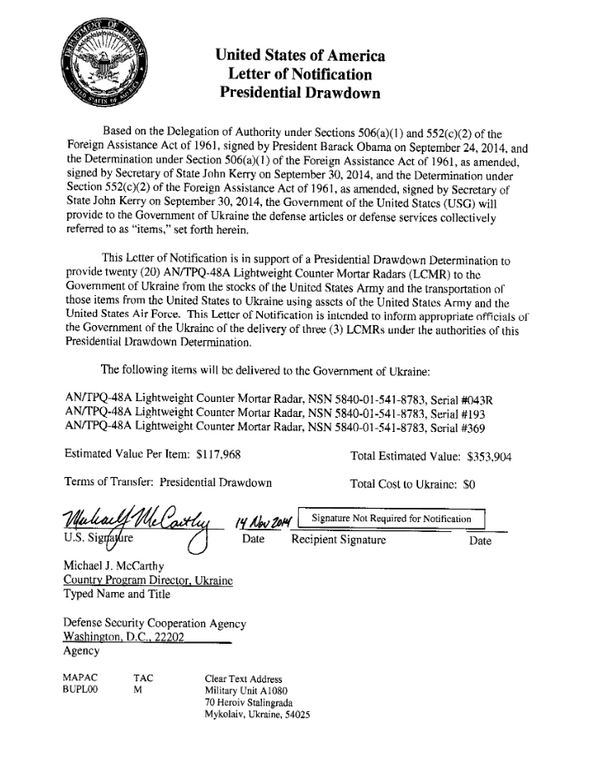 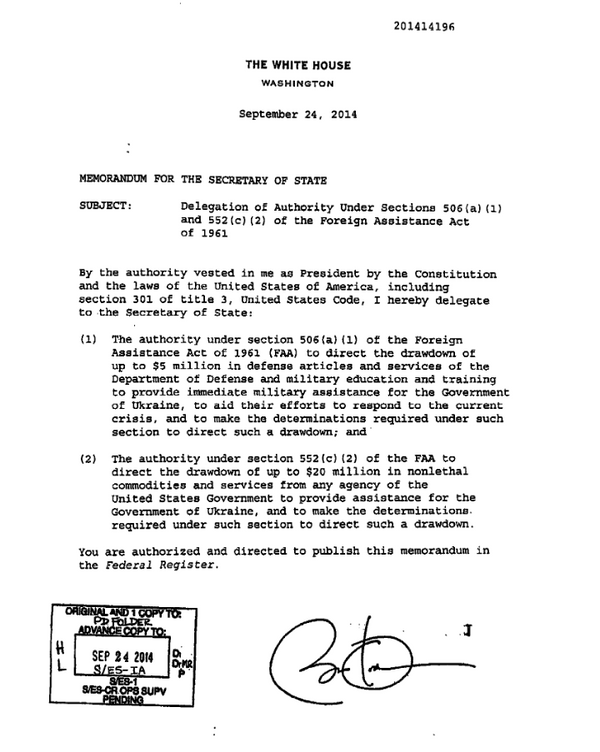 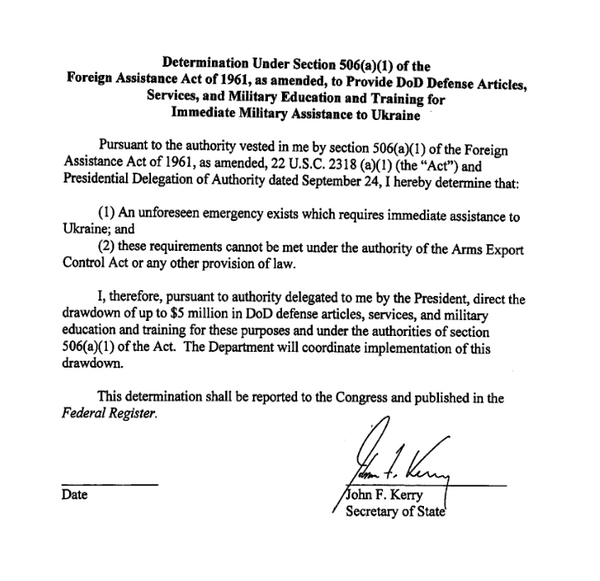 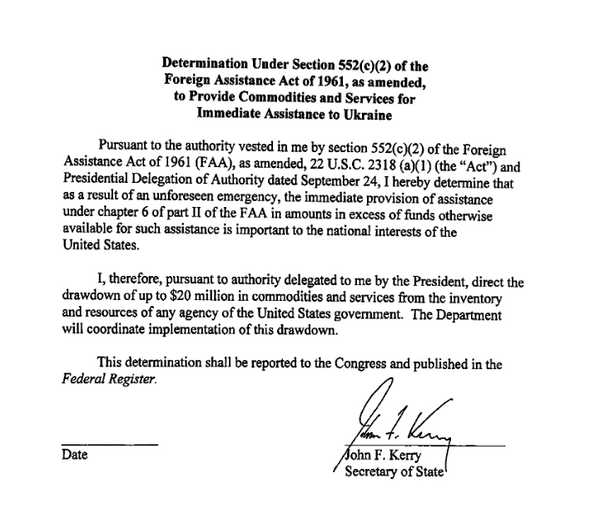 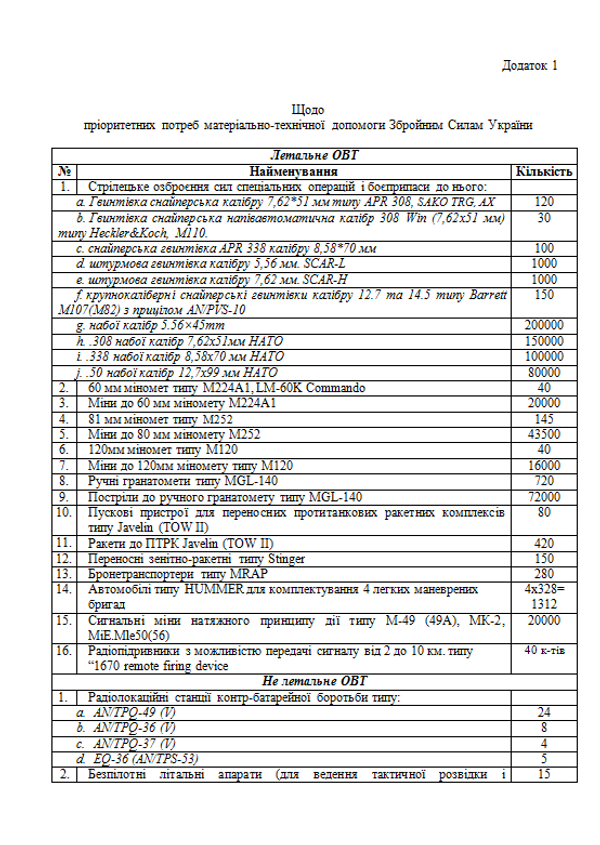 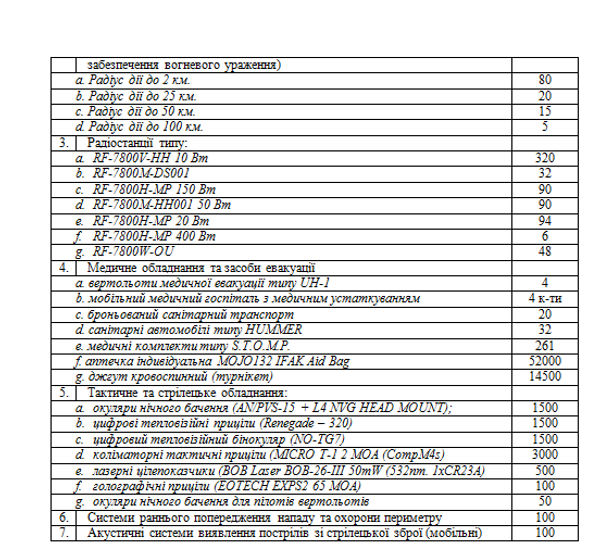 Continued
© cyber-berkut.org
Newsfeed
0
New firstOld first
loader
LIVE
Заголовок открываемого материала
Access to the chat has been blocked for violating the rules . You will be able to participate again through:∞. If you do not agree with the blocking, please use the feedback form
The discussion is closed. You can participate in the discussion within 24 hours after the publication of the article.
To participate in the discussion
log in or register
loader
Chats
Заголовок открываемого материала
Worldwide
InternationalEnglishEnglishMundoEspañolSpanish
Europe
DeutschlandDeutschGermanFranceFrançaisFrenchΕλλάδαΕλληνικάGreekItaliaItalianoItalianČeská republikaČeštinaCzechPolskaPolskiPolishСрбиjаСрпскиSerbianLatvijaLatviešuLatvianLietuvaLietuviųLithuanianMoldovaMoldoveneascăMoldavianБеларусьБеларускiBelarusian
Transcaucasia
ԱրմենիաՀայերենArmenianАҧсныАҧсышәалаAbkhazХуссар ИрыстонИронауОssetianსაქართველოქართულიGeorgianAzərbaycanАzərbaycancaAzerbaijani
Middle East
Sputnik عربيArabicArabicTürkiyeTürkçeTurkishSputnik ایرانPersianPersianSputnik افغانستانDariDari
Central Asia
ҚазақстанҚазақ тіліKazakhКыргызстанКыргызчаKyrgyzOʻzbekistonЎзбекчаUzbekТоҷикистонТоҷикӣTajik
East & Southeast Asia
Việt NamTiếng ViệtVietnamese日本日本語Japanese中国中文Chinese
South America
BrasilPortuguêsPortuguese