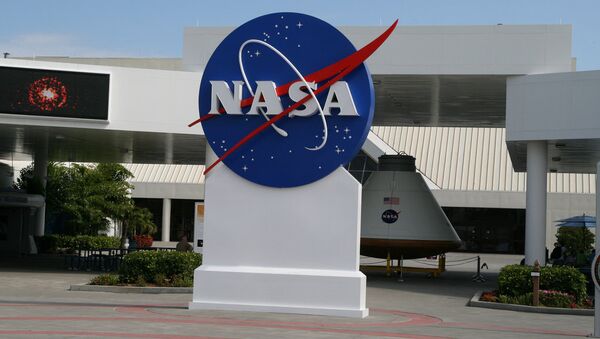 © Flickr / Bernt Rostad
Subscribe
Inspired by the ESA’s Rosetta mission success, NASA has contracted two private firms to work on projects that involve spacecraft landing on asteroids in order to mine for commercially viable resources.

Study of Asteroid Holds Key To Earth's Future
Deep Space Industries (DSI) and Planetary Resources Asteroid Mining Company are the companies that received NASA contracts to explore, pursue and execute missions to extract valuable mineral resources from cosmic bodies, asteroids in particular. These enterprises have already laid out careful plans to mine asteroids for resources that can be used to sustain various kinds of human activity in space, as opposed to the current method of extracting them from Earth. The cost is projected to be roughly $5,000 to $25,000 per kg. Some near-Earth asteroids bear iced water, silicate and carbonaceous minerals and metals, among other matters, in their chemical composition.

The concept of asteroid mining has developed during the last decade. While it is extremely expensive to send an object into space from the Earth, asteroids have almost no gravity, making them easy to pick up and move around. Asteroids can be brought to a processing station hovering over Earth at a high orbit, where useful resources can be extracted prepared for further use. Such operations would demand very little fuel as harvesting spacecraft will not need to takeoff from Earth each time it starts a new mission.

“Right now it costs $17 million per ton to get anything up to geosynchronous orbit,” David Gump, vice chairman for DSI said as quoted by the Boston Globe. “If we can beat whatever that price is in 2022, we’ll have a big market.”

What DSI intends to do is to launch small reconnaissance spacecraft called FireFlies to explore near-Earth asteroids (NEAs) for any valuable resources. At the beginning, the resources of primary interest will be those able to be used to refuel satellites, build space infrastructure and provide astronauts with water and air. As the project advances, some of the most precious resources like the platinum-group metals, will be transported down to Earth. Spacecraft dubbed DragonFlies will take samples of asteroid terrain to Earth for analysis. The following stages are the actual ‘harvesting’ of asteroids with robotic harvester spacecraft, the processing stage, where metals will be extracted and refined in a geostationary orbit, and then the manufacturing stage, akin to the Earth-based aerospace industrial production, but in the outer space.

Planetary Resources, on their part, are more concerned with the financial part of the business as they are intended to actually bring the asteroid resources down to Earth.

Impact Risk Hiked for 400-Meter-Wide Asteroid – NASA
“An asteroid 30 or 40 meters wide has more platinum on it than five years of platinum trading on earth,” says Eric Anderson, head of Planetary Resources as quoted by the Boston Globe. “We could bring platinum back at cost of $300 per ounce and that could go way down over time.” Now platinum costs $1,226 per ounce, according to Bloomberg data.

At present, NASA seems to favour the Planetary Resources project as it presents more of a simple, straightforward commercial approach to a risky incentive which space mining is. However, the DSI work potentially will provide greater benefits for broader-scale space exploration, when the work of multiple missions from Earth will need to be sustained.

However, the first attempt at an asteroid landing for a purpose of collecting information and, possibly, matter samples, will be undertaken by NASA in September 2016, when an OSIRIS-Rex spacecraft will land on the surface of a near earth object known as ‘Bennu’.