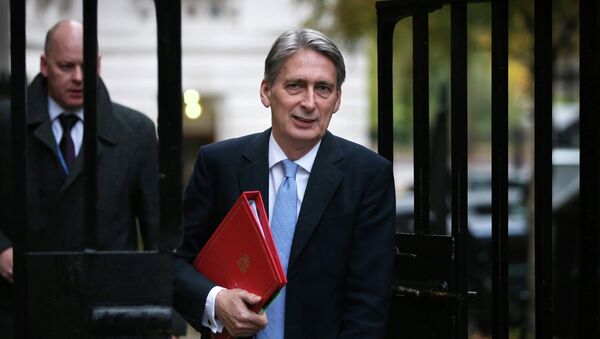 MOSCOW, November 24 (Sputnik) — UK Foreign Secretary Philip Hammond said Monday on his Twitter account he was hosting a dinner with his US, German, French counterparts and EU coordinator Catherine Ashton in Vienna, as part of the P5+1 talks with Iran.

The final round of Iran's nuclear talks with P5+1 countries began on November 18 in Vienna. November 24 is the deadline for representatives from Russia, the United States, the United Kingdom, France, China and Germany to sign a comprehensive long-term deal on the Iranian nuclear program with Tehran.

The deadline for reaching the agreement that would guarantee a peaceful nature of the Iranian nuclear program was initially July 2014 but it had to be extended.

Iran's nuclear program has been a matter of concern for the international community, with the West accusing Tehran of developing a nuclear weapon under the guise of a peaceful program, although Iranian authorities denied the allegations.

In light of the controversy surrounding Iran's nuclear program, the country has been a target of sanctions imposed by the UN Security Council, as well as the United States, the European Union and several other countries.