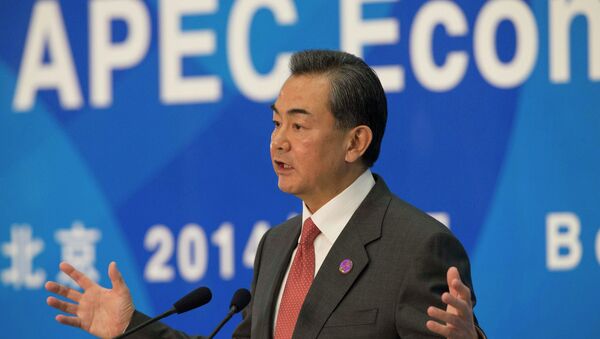 The Foreign Minister of China is likely to participate in the final talks on Iranian nuclear program in Vienna, a diplomatic source revealed.

"Wang Yi is expected on Monday morning," the source said.

Russian Foreign Minister Sergei Lavrov is also expected to arrive in Vienna on Sunday evening to take part in the final round of talks.

The deadline for signing a comprehensive long-term deal on the Iranian nuclear program expires on Monday.

The West has accused Iran of developing nuclear weapons under the guise of a civilian nuclear program, which has been repeatedly denied by Tehran officials, who claim the country's nuclear development has a peaceful nature and is aimed at satisfying Iran's energy needs.

During talks in Geneva in November 2013, the P5+1 group, which includes representatives of Russia, the United States, the United Kingdom, France, China and Germany, agreed to strike a long-term nuclear deal with Tehran, guaranteeing the peaceful nature of the Iranian nuclear program, by July 2014. The deadline for the deal was later extended to November 24.

The final round of the nuclear talks began in the Austrian capital on Tuesday.