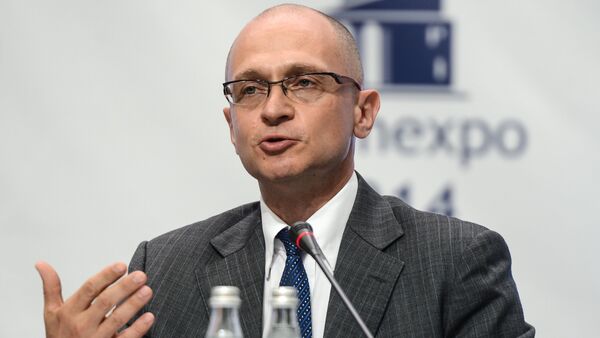 Russian nuclear corporation Rosatom head Sergei Kirienko stated that Russia is ready to continue cooperating with the United States and all signed contracts remain in force.

"All the contracts that have been signed remain in force," Kirienko stated during a lecture at Moscow Engineering Physics Institute.

The Rosatom head added that Russia was ready to continue its nuclear cooperation with the United States even though talks on future projects between the countries have been put on hold.

Earlier Rosatom said it was ready to resume projects with Washington if the United States agrees to cooperate as equals.

In April, the US Energy Department announced the suspension of several nuclear energy projects with Russia amid Moscow's alleged involvement in the Ukrainian conflict.

Relations between Russia and the West have deteriorated since the crisis in Ukraine escalated in April. The United States has repeatedly accused Russia of aiding independence supporters in Ukraine's southeast, though Moscow has denied these allegations.