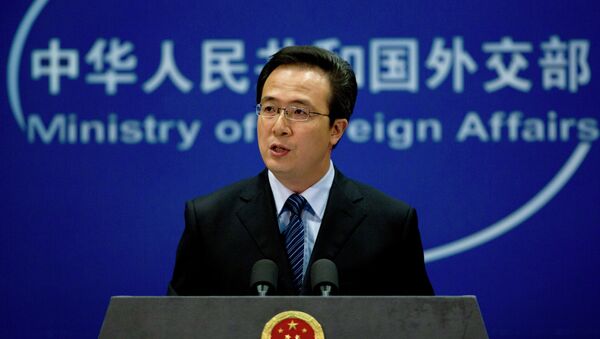 "China is the country most exposed to cyberattacks. According to our data, most of such attacks come from the United States. We call for the United States to stop such allegations and accusations against China," the country's foreign ministry spokesperson Hong Lei told reporters at a press briefing.

The comment comes in response to a Thursday statement by US National Security Agency (NSA) chief Mike Rogers who said hackers from China could conduct a cyberattack on major US infrastructure units.

The NSA chief claimed that state hackers from China are able to shut down the computer systems of US utility services, financial companies and aviation networks.

Hong Lei called the accusations absolutely groundless and urged the US side to take measures to ensure peace and stability within the cyberspace.

The United Stated has repeatedly accused China of being a cyberthreat.

In October, US Federal Bureau of Investigation Director James Comey accused China of hacking US companies.

In August, the New York Times, citing its sources, reported that Chinese hackers had broken into US state institution networks back in March, compromising the data of tens of thousands of employees. Before that, the US cyber defense company Crowdstrike accused the Chinese military of conducting hacker attacks, the aim of which had been to penetrate US satellite and aerospace programs.

China has regularly denied any involvement in any form of illegal activities in cyberspace and reported US cyberactivity on Chinese cyberspace.