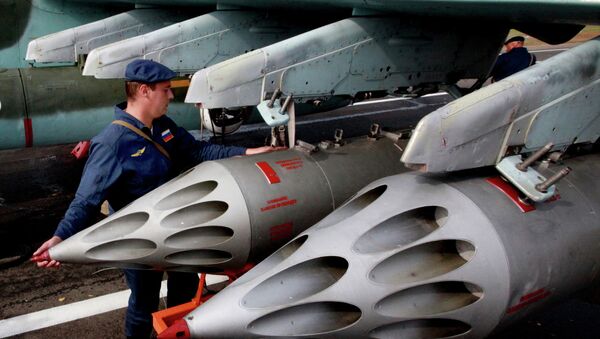 MOSCOW, November 21 (Sputnik) – Russia is testing new types of weapons but in no way is breaching international obligations and is not starting an arms race, Russian Deputy Foreign Minister Sergei Ryabkov said Friday.

“What is being done within the framework of the program of testing new types of weapons is in accordance with our obligations. If some sort of events or occurrences are noticed by other countries, then these events are not included in any obligations and we’re not obliged to announce them,” Ryabkov told journalists.

“There is no arms race going on, but a planned perfection of military elements of all three of the armed forces of the Russian Federation,” Ryabkov said.