Russia Appoints Mistral Commander for Transfer of Warship From France 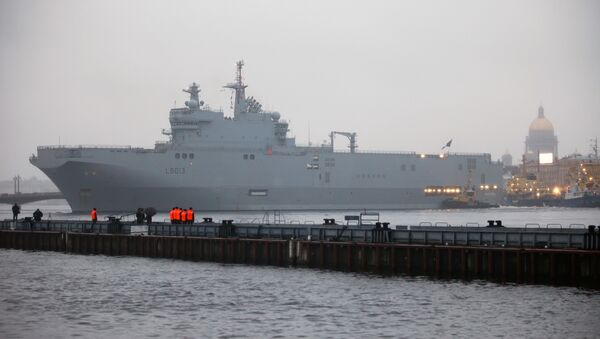 “The leadership of the Russian Defense Ministry has named Navy Vice Admiral Fedotenkov to take command on the transfer of the Vladivostok from Saint-Nazaire (France) to St. Petersburg (Russia),” the source said.

The deal, however, has been at risk since the conflict in Ukraine started to escalate. The West, blaming Moscow for its alleged aggressive policy toward Ukraine has introduced several rounds of sanctions on Russia. In October, French President Francois Hollande threatened to suspend the deliveries of the ships to Russia.

The handover of the first ship, the Vladivostok, was scheduled for November 14, but did not take place. Russia has condemned France's failure to deliver on its contractual obligations, saying Paris would have to pay a large penalty if the deal was cancelled.