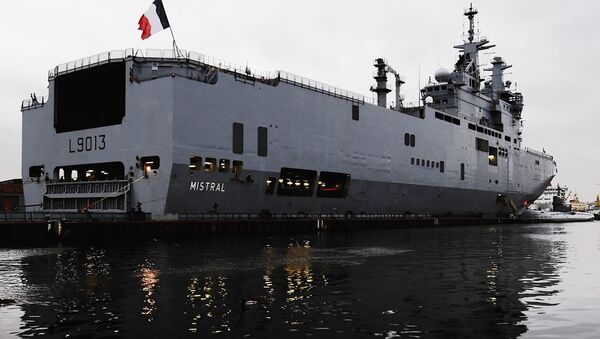 The deal for the two Mistral-class ships, signed by Russia and France in June 2011, was put in jeopardy by sanctions West started implementing against Russia over the Ukrainian crisis.

Russia and France signed the €1.2 billion ($1.5 billion) deal for the two Mistral-class ships in June 2011. While the first carrier, the Vladivostok, was expected in Russia by the end of the month, the second ship, the Sevastopol, was supposed to arrive in 2015.

The handover of the first ship, the Vladivostok, was scheduled for November 14, but the ceremony did not take place. Russia condemned France's failure to deliver on its contractual obligations, saying Paris would have to pay a large penalty if the deal was cancelled.