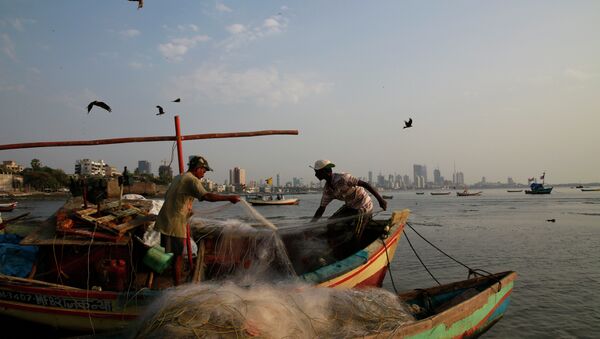 NEW DELHI, November 19 (Sputnik) — Five fishermen who were sentenced to death in Sri Lanka on October 30 have been released and will soon be sent back to India, the Indian High Commission in Colombo said Wednesday.

"The High Commission of India is pleased to confirm that five Indian fishermen, who were sentenced to death by the Hon’ble Colombo High Court on October 30, 2014, were today released from prison for being sent back to India,” the High Commission said in a statement.

“We are deeply grateful to His Excellency Mr. Mahinda Rajapaksa, President of Sri Lanka, for this humanitarian gesture, which will further strengthen the strong and multi-faceted relations between India and Sri Lanka,” the statement read.

The five Indians, all of whom are from the southern state of Tamil Nadu, were arrested in 2011 and sentenced to death by the Colombo High Court on October 30 for alleged drug trafficking. The verdict triggered a series of protests in Tamil Nadu.

Indian Prime Minister Narendra Modi and Sri Lankan President Mahinda Rajapaksa discussed the issue in a phone call on November 9 and India filed an appeal against the verdict to the Sri Lankan Supreme Court on November 11.