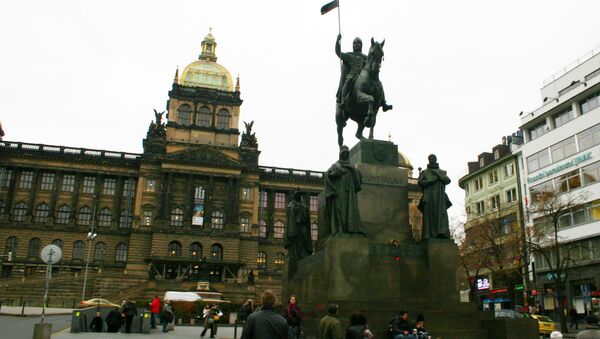 "On Wednesday a parcel addressed to me personally, arrived in the Republic's Ministry of Interior," Chovanec said, adding that after having examined the parcel's contents, the ministry's experts concluded that "it contains some poisonous substance prepared on base of cyanide."

Chovanec said that the parcel was likely sent from somewhere in Northern Europe. The substance is now being thoroughly examined.

According to the minister, no employees were hurt while opening the parcel. No letter was enclosed. Chovanec said that he believes that the senders could be linked to criminals the ministry is currently pursuing. He noted that the Czech Interior Ministry recently took down several criminal groups responsible for the manufacture and Europe-wide distribution of illegal drugs. The ministry also supported its Kurdish colleagues in the struggle against Islamic State (IS) militants.

Earlier this year, letters containing white powder were sent to the offices of the Czech president and government. A thorough study of the powder showed that it was not poisoned but the notes enclosed contained threats against the authorities for their support of Kurdish fighters in Iraq, specifically for the donation of 500 tons of ammunition worth more than $2 million to fight the Islamic State (IS).

The IS, a Sunni extremist group also known as the Islamic State of Iraq and Greater Syria (ISIS) or the Islamic State and the Levant (ISIL), has been fighting the Syrian government since 2012. In June, the group extended its attacks to northern and western Iraq, declaring a caliphate on the territories that had fallen under its control.

The US-led coalition is currently carrying out airstrikes against IS targets in Syria and Iraq. The Czech Republic is part of the coalition.