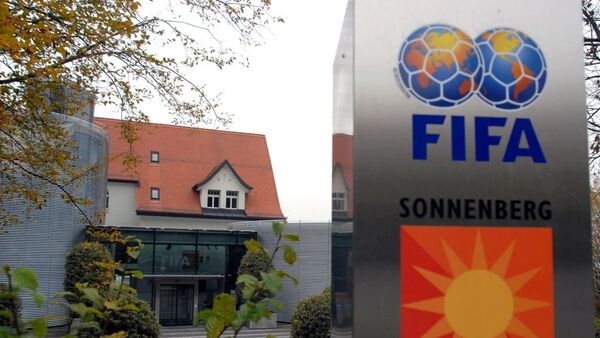 According to a statement, published on FIFA's website Monday, the federation has started a campaign to raise public awareness of the Ebola virus and thus to prevent its spread.

MOSCOW, November 18 (Sputnik) — The International Federation of Association Football (FIFA) has launched a campaign to raise public awareness of the Ebola virus, a statement issued by FIFA said.

"It is so important that we get the right information to those affected by the Ebola outbreak. We all hope this positive campaign will improve people's understanding of the Ebola virus and help us to reduce the chances of it spreading. Let's all get behind this campaign to help our brothers and sisters in the worst-hit regions. Together, we can beat Ebola," footballer Neymar Jr said in the statement, published on FIFA's website Monday.

Apart from Barcelona's Neymar, the "Together, we can beat Ebola" campaign features other renowned names in football such as Real Madrid's Cristiano Ronaldo, Chelsea's Didier Drogba and Bayern Munich's Philipp Lahm.

The current Ebola outbreak occurred in southern Guinea at the end of 2013 and soon spread to Liberia, Sierra Leone, Nigeria and Senegal. The latter two countries have recently been announced free of the virus.

According to estimates by the World Health organization (WHO), the virus resulted in the deaths of over 5,000 people and in over 14,000 confirmed, likely and suspected cases.