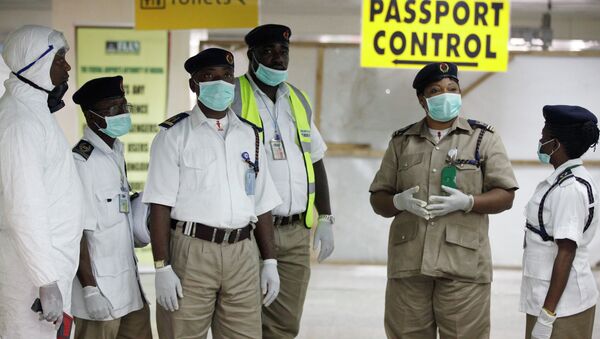 According to the Doctors Without Borders, the Ebola virus outbreak in the north of the Democratic Republic of Congo is under control now and no new cases of Ebola have been detected in the town of Boende in Equateur province since October 4.

"Containment measures such as contact tracing, an alert system and the medical care of the patients were taken at the right time," the organization's coordinator in DRC Jose Mas said in a statement.

"In Congo, we have worked with local authorities to maintain an operational treatment center in Equateur [one of the ten provinces of DRC, an epicenter of DRC's Ebola outbreak]," he added.

The DRC outbreak infected 66 people, 49 of whom died, the World Health Organization (WHO) reported.

According to Doctors Without Borders, since October 4 no new cases of Ebola have been detected in the town of Boende in Equateur province.

The Ebola outbreak in DRC is separate from the outbreak in West Africa, which has claimed more than 5,000 lives with 14,413 confirmed, probable, and suspected cases.

In late October, Oleg Salagai, spokesperson for the Russian Health Ministry, told RIA Novosti that Ebola cases in DRC were not related to the virus outbreak in West Africa.