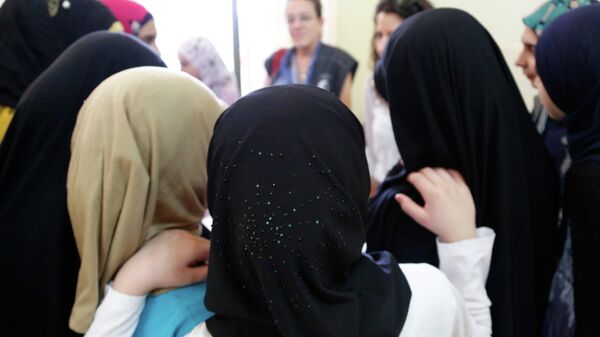 According to the Islamic nation's diplomatic envoy, Iran strongly condemns torture, enslavement and trafficking of women, speaking at the UN conference on gender equality organized by the UN Economic and Social Commission for Asia and the Pacific (ESCAP).

"The Iranian government strongly condemns the enslavement, torture, and sale of women and girls in general and of religious minorities in particular," Iran's Foreign Ministry deputy director of women's affairs Farzaneh Abdolmaleki was quoted as saying by the Islamic Republic News Agency (IRNA) in Bangkok, Thailand.

Speaking at the UN conference on gender equality organized by the UN Economic and Social Commission for Asia and the Pacific (ESCAP), Abdolmaleki stressed that the plight of girls and women that are kidnapped, forced into marriage, sold and even "given away as spoils of war" should be recognized and the "perpetrators brought to justice".

For its part, Iran has reached milestones of its own in upholding women's rights, according to the diplomat. Among them she cited being one of six nations to reach gender parity in education by 2010, increasing female literacy rate to nearly 98 percent and employing more than 6,000 women to local and municipal councils in 2013, as reported by IRNA.

Abdolmaleki heads the Iranian delegation for the November 17-20 Asian and Pacific Conference on Gender Equality and Women's Empowerment: Beijing +20. The conference is part of the 1995 Beijing Declaration and Platform for Action, which undergoes reviews by the Commission on the Status of Women (CSW) every five years. Each review concludes in "a declaration that reinforces global commitment to the empowerment of women and girls and outlines priority actions for the coming five years," according to ESCAP.