EU Mogherini’s Visit to Moscow Should Be Well-Planned: Russian Diplomat 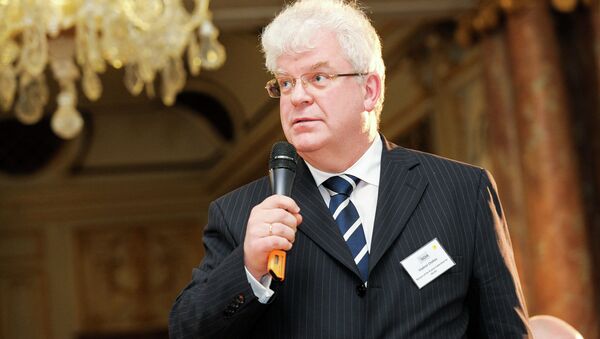 The Russia's EU envoy stated that the possible visit of the European Union's (EU) High Representative for Foreign Affairs and Security Policy to Russia should be well-planned, because the discussions can include the wide range of the EU-Russia relations' issues.

BRUSSELS, November 17 (Sputnik) —The visit of the European Union's (EU) High Representative for Foreign Affairs and Security Policy Federica Mogherini to Moscow should really be well-planned as the talks will touch upon the whole spectrum of the EU-Russia relations, Russia's EU envoy Vladimir Chizhov said Monday.

"It is easier [for Mogherini] to go to Kiev as there [she] will have to discuss only one issue – the crisis in Ukraine. But going to Moscow she will have to talk on a wide spectrum of Russia-EU relations. This requires preparation, that's why I understand her stance here," Chizhov said.

The Russian envoy added that he is planning to meet with Mogherini soon.

Earlier on Monday, Mogherini told journalists that the idea of her going to Russia for talks on Ukrainian crisis settlement was raised by "quite many" EU foreign affairs ministers, but she has not taken the final decision yet, and prior to deciding she needs to "check if the conditions are there for the meeting to be fruitful." Mogherini stated, however, that she will go to Kiev after the new government is formed in Ukraine.

Relations between Russia and the European Union have deteriorated significantly amid the crisis in Ukraine, as Western politicians and media have repeatedly accused Russia of meddling in Ukraine's internal affairs and aiding independence supporters in Ukraine's southeast. Moscow has repeatedly denied the allegations.