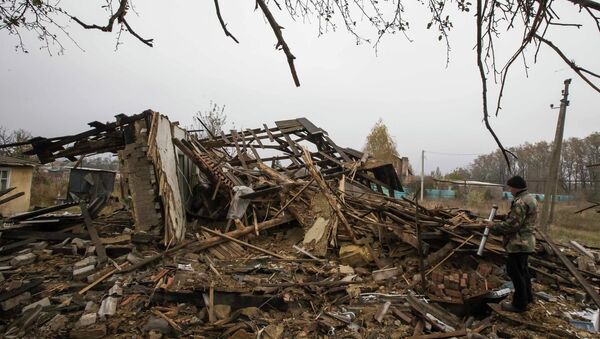 According to the head of the Luhansk Regional State Administration, the total damage to the municipal property, infrastructure and the residents' belongings, caused by an armed conflict between Kiev's forces and independence supporters of Donbas, estimates at about $36 million.

"The total direct damage caused by the military actions currently stands at 553 million hryvnias [$36 million]. This includes the damage, caused to the municipal property, infrastructure and the residents' belongings," Moskal said as quoted by the regional administration's press service.

In October Ukrainian authorities stated that it will take "billions of dollars" to rebuild the war-torn Donbas region.

On September 5, the warring sides agreed to a ceasefire.