Firefox to Go on Display at Moscow Zoo This Week 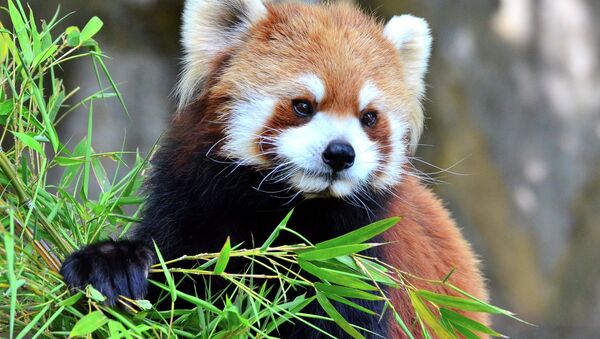 Earlier, it was reported that a red panda from the Dublin Zoo was moved to Moscow. One more animal could supposedly be brought to Moscow within a year.

MOSCOW, November 17 (Sputnik) — A red panda from Dublin will go on display at the Moscow Zoo later this week, Anna Kachurovskaya, the zoo’s spokeswoman, told Sputnik.

Answering a question on when visitors will see the new furry face, she said: "We believe it will happen in the middle of the week."

One more red panda could supposedly be brought to Moscow within a year.

The red panda, also nicknamed "Firefox", is a small arboreal mammal native to the eastern Himalayas and south-western China. The red panda is slightly larger than a domestic cat. It feeds mainly on bamboo, but also eats eggs, birds and insects.

Red pandas have been classified as vulnerable by the IUCN Red List since 2008, as their population in the wild is estimated at less than 10,000 mature individuals. The population continues to decline due to habitat loss, poaching and inbreeding, although the Red Panda is protected in all range countries, and hunting is illegal.

The Moscow Zoo is one of the oldest in Europe. It was opened on January 31, 1864 by the Imperial Russian society for acclimatization of animals and plants. At that date it was called zoological garden. The Moscow Zoo has more than 8,000 individual animals of more than 1,000 species. Some species were bred for the first time ever by zoo’s specialists.