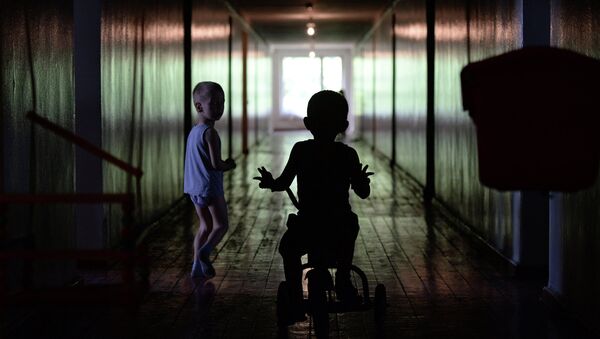 Underage refugees coming from war-torn countries such as Syria or Afghanistan are usually placed in the cities, located close to the border, such as Munich, Nuremberg or Augsburg, where they are offered psychological support and educational courses. The problem is that these cities become increasingly overwhelmed, lacking places in refugee shelters and school classes, according to Spiegel.

"This year, we're already caring for four times as many unaccompanied refugee minors as in 2013,” Munich youth welfare representative said in a statement, cited by Deutsche Welle. "We have no more spots available in the schools, we have no more guardians, we have no more places in youth shelters,” echoed her colleague from "Young Refugee Prevention Project."

The critical situation in the border cities impelled German authorities to consider changes to refugee law, allowing sending refugee minors to camps all over the country.  However, such plans raise concerns among many German youth welfare specialists, claiming that such change is “being placed before the needs of the children”.

"Especially with traumatized young people, we must build trust, and there can be no breaks in their supervision. If the youths are immediately sent away after their arrival, it would be impossible to build a relationship with them,” said Antonia Veramendi, who is currently working with underage refugees in Munich.

The law is currently being discussed by German officials. The final decision is expected to be announced until December 11, 2014.