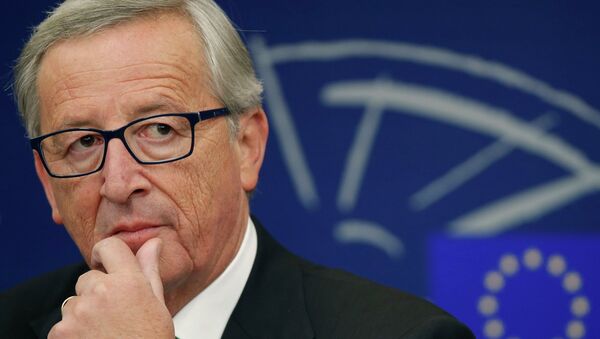 The EU has to take measures to kick-start and sustain economic recovery, European Commission president said.

"Global GDP growth is lower than expected. Growth in Europe is lower than we hoped for. We have to do more to kick-start and sustain economic recovery," Juncker, who is currently attending the G20 summit in Brisbane, Australia, said in a statement.

Juncker's statement comes after Eurostat, the European Union's statistical agency, announced on Friday an increase in the unions' inflation.

Addressing a joint press conference with European Council President Herman Van Rompuy in Brisbane, Juncker also touched upon the latest media reports on the tax evasion that was committed by a large number of companies through securing deals in Luxembourg. The news about the evasion came in parallel with Junker, whose political career evolved in Luxembourg, assuming the chairmanship of the European Commission.

"I said it throughout my election campaign, during my speeches before the European Parliament and in my Political Guidelines for the next European Commission and I say it again now: The European Union and all its Member States should step up their efforts to combat tax evasion and tax fraud, so that all contribute their fair share," Juncker added in the statement published on the EU's website.

Juncker also noted he ordered the respective body to secure a directive that would provide for "automatic exchange of information on tax rulings."

The Australian city of Brisbane has seen this weekend world leaders and around 4,000 delegates visiting Australia in a bid to find a solution to a number of issues of global character. The global financial recovery, the Ebola virus and climate change are among the challenges to be elaborated on during the two-day summit.