Ukraine to Ask Israel to Join US in Training Kiev Forces: Adviser 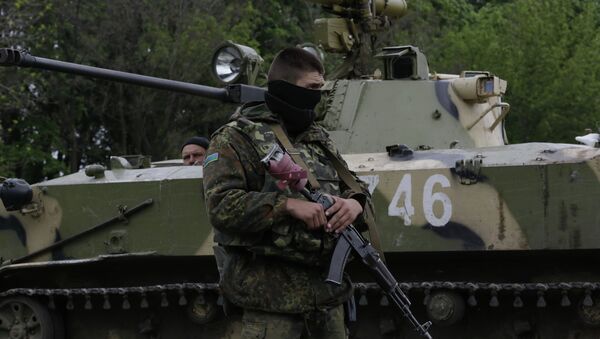 "There is Ukraine-US cooperation in this area and we thank our American partners for this cooperation," Mahnitskiy said Friday at a press conference at the National Press Club in Washington, DC, when asked about military training the United States is providing to Ukraine. He continued that he could not provide further details on the subject "because of considerations of national security and state secrets".

Mahnitskiy also told Sputnik that "Ukraine should learn from the experience of other states how to survive in conditions of war".

"We have started to learn about the Israeli experience in greater detail and we will invite Israeli instructors just as we invite American instructors," Mahnitskiy said, specifying "We haven't invited the Israelis, but we intend to invite them".

Mahnitskiy is currently on a semi-official state visit in Washington, DC. The Ukrainian presidential adviser has not had any official meetings with representatives of the US government.

During a July visit to Washington, Ukrainian President Petro Poroshenko requested lethal military aid from the Obama administration, but Washington refused to grant it.

The situation in Ukraine escalated in mid-April, when Kiev launched a military operation against independence supporters in the country's southeastern regions, who refused to recognize the new government which came to power as a result of the February coup.