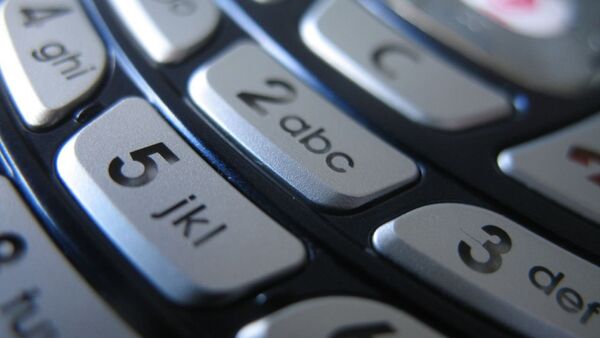 © Flickr / Johnathan Lyman
Subscribe
Reports say the U.S. Department of Defense is using a new aerial technology to keep tabs on people down below

According to reports in the Wall Street Journal, the U.S. Department of Justice is using a new tool to track persons of interest – fake cellphone towers. Add to that the possibility the technology could be used for private theft and there’s more reason to worry.

The technique is simple – and ingenious. For the past seven years, the DOJ has reportedly flown small Cessna aircraft from at least five major metropolitan airports in the United States. Attached to the aircraft are two-foot-square devices called dirtboxes that masquerade as cellphone towers. People communicating on their phones below have no idea their signals are being monitored as they are tricked into thinking their phones have latched onto a legitimate cell tower. The scale of the operation is immense – covering most of the U.S. population.

Purportedly operated by the U.S. Marshals Service’s Technical Operations Group, the dirtboxes are capable of scanning tens of thousands of cellphones during a single flight, harvesting their IMSI information, which is a unique identification code tied to a specific phone. Once the DOJ has isolated the ISMI of a person of interest, the system locks onto that device and is able to track the phone to within an accuracy of 3 meters.

Reports say there are privacy safeguards in place that drop the signals from phones that are not of interest. However, the technology still collects information from thousands of devices without the knowledge of users. In addition, newer versions of the dirtbox are capable of interrupting calls, jamming signals and even collecting so-called “rich data” like text messages and photos.

An official with the DOJ, speaking on condition of anonymity, refused to confirm or deny the existence of the spying program. They did say the department’s activities were lawful and suggested the program had received judicial approval.

“The government’s attitude seems to be if it can, it should, without regard to the violation of American’s rights, so long as nobody knows,” German said. “The overriding problem is the excessive secrecy that hides the government’s ever-expanding surveillance programs from public accountability.”

However, government spying is one thing. What about the possibility of this technology falling into private hands, to be used outside of any legal framework?

According to reports, the dirtboxes are manufactured by Digital Receiver Technology, which is a subsidiary of Boeing. If this technology is being made and sold by a huge defense contractor, it’s quite possible it could be for sale to any organization that wishes to obtain it. It’s also quite possible that defense contractors in other countries – not to mention less reputable organizations with a high level of technological sophistication – have their own versions of the device. This could mean that any group could be lifting data from any population anywhere in the world – just so long as they have a plan and a plane.