Russian Libraries Set to Create 'an Alternative to Wikipedia' 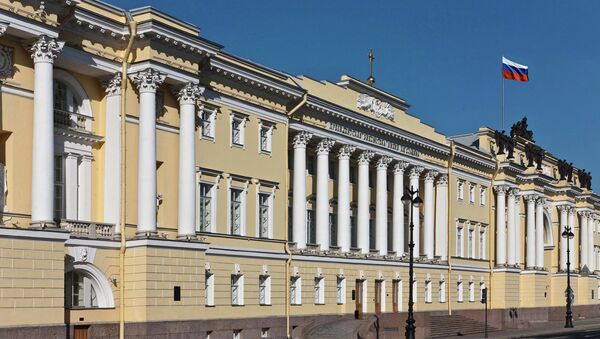 © Photo : Presidential Library Named After Boris Yeltsin
Subscribe
International
India
Africa
The need for creating an online encyclopedia about life in Russia comes from Wikipedia's inability to provide detailed and reliable information about Russian regions, according to the Presidential Library.

More than 50,000 books and archive papers from 27 regional libraries have been submitted to the Presidential Library under the initiative.

"Therefore, the development of an alternative to Wikipedia has begun. An analysis of Wikipedia showed that the resource is unable to provide detailed and reliable information about Russian regions and the life of the country," the statement said.

The library will retain the principal feature of Wikipedia which allows any person access to edit articles in the encyclopedia. All of the published materials will be available for permanent updating. Currently, Wikipedia is the sixth-most popular website on the Internet.

Organizers of the initiative expressed confidence that the new encyclopedia will become one of the most popular sites in Runet (a part of the Internet that uses the Russian language).

The head of the Presidential Library, Alexander Vershinin, underscored that a virtual museum displaying life and development across Russian regions will be created, in addition to collecting documents about Russian. Under the initiative the Russian National Library and Russian Library Association will cooperate with regions.

The Boris Yeltsin Presidential Library was opened in Saint-Petersburg in 2009 as a versatile information center with a status of Russian national library. The library has a well-developed infrastructure including computerized reference room and showroom, a conference hall, a multifunction multimedia complex, data storage centers and a printing facility.