Half a Million Children to Face Malnutrition in Mali by Year’s End: UN 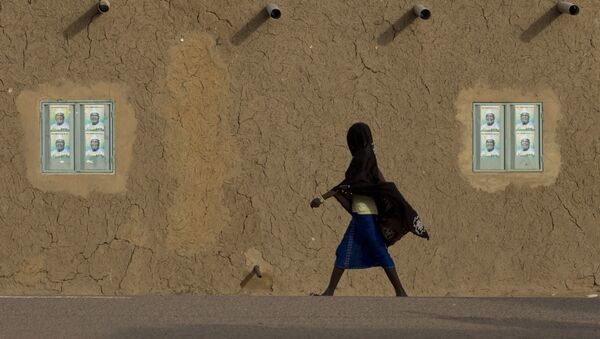 © AP Photo / Rebecca Blackwell
Subscribe
United Children's Fund announced that Half a million children are expected to face acute malnutrition by the end of 2014.

UNITED NATIONS, November 15 (Sputnik) — Half a million children are expected to face acute malnutrition by the end of 2014 and some have not been to school for three years in northern Mali, United Children's Fund (UNICEF), a United Nations' humanitarian group, has announced.

“Despite the challenges, we must strengthen health systems especially in response to the nutrition crisis in Mali. It is estimated that 500,000 children will suffer from Global Acute Malnutrition by the end of the year. It is also imperative to get schools back up and running. Some children in northern Mali have gone three years without education. This is unacceptable,” UNICEF Emergency Director Afshan Khan was quoted as saying by the United Nations Office for the Coordination of Humanitarian Affairs (OCHA) Friday.

“Although humanitarian assistance cannot provide the solution to this crisis, which goes back more than 50 years, it can provide a critical contribution by ensuring that human suffering is alleviated and people’s resilience is rebuilt, while the political process continues,” Ging was quoted as saying by OCHA Friday.

Talks between the Malian government and some of the armed groups in the country are currently underway. On October 17, the UN Security Council unanimously agreed to a press statement which “welcomed the scheduled resumption on October 19, 2014 of the inter-Malian negotiation process in Algiers, which aims to achieve a comprehensive and inclusive peace agreement to end the crisis in Mali”.

The United Nations established a peacekeeping mission in Mali in August 2013 to stabilize the region after the 2012 Tuareg rebellion against the Malian government, which was aimed at seeking independence for the country’s northern region.