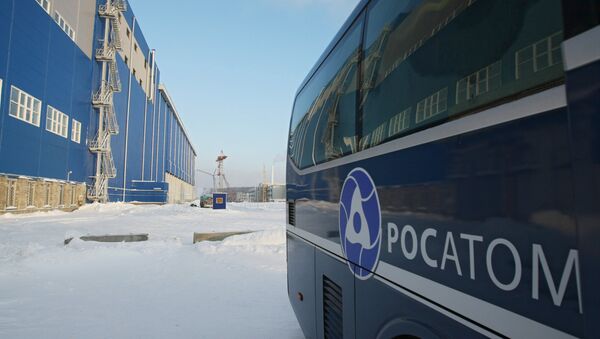 “Our firm belief, confirmed by many years of experience, is that nuclear energy sector is a strategic area with very long life cycles. It cannot and should not depend on situational changes in the political environment,” the spokesman said adding that Rosatom is ready to resume the cooperation with the United States under the terms of mutual respect and benefit.

"We, naturally, oppose the idea of sanctions in principle. But, given the peculiarity of nuclear energy and nuclear non-proliferation issues, we keep the channels of dialogue with the US side open,” the representative added.

The comment follows a New York Times Thursday report, which claimed that Russia reportedly informed the United States it was planning to reduce its participation next year in joint efforts to secure nuclear materials on Russian soil. The nuclear experts interviewed by the paper expressed concern over the development and said Russia should be treated as an equal partner in nuclear cooperation between the two countries.

Relations between Russia and the West have gone downhill amid the situation in Ukraine, which is living through a deep political and economic crisis. The West is blaming Russia for escalating tensions in the crisis-torn country even though Moscow has repeatedly denied the allegations.