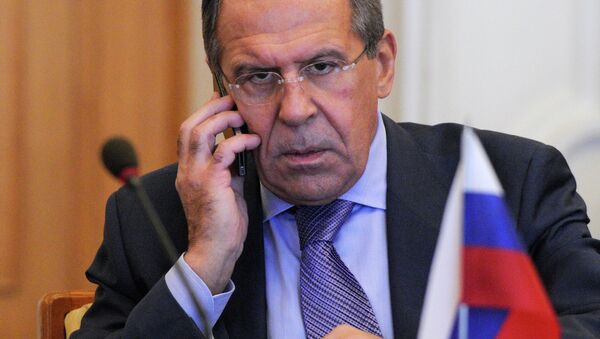 © AP Photo / Sergei Chuzavkov
Subscribe
Russian Foreign Minister Sergei Lavrov in a phone conversation told US Secretary of State John Kerry that Moscow is concerned by delays in the investigation into the crash of the Malaysian Airlines flight MH17 in eastern Ukraine.

MOSCOW, November 14 (Sputnik) – Moscow is concerned by delays in the investigation into the crash of the Malaysian Airlines flight MH17 in eastern Ukraine this summer, Russian Foreign Minister Sergei Lavrov told US Secretary of State John Kerry by phone Friday.

"The head of the Russian foreign ministry expressed his serious concern about delays in the investigation of the Malaysian Boeing crash in breach of UN Security Council resolution 2166 and ICAO rules," the Russian Foreign Ministry said in a statement.

A total of 298 people, including 193 Dutch citizens and 27 Australians, died on July 17 as Malaysia Airlines flight MH17 from Amsterdam to Kuala Lumpur crashed in Ukraine's eastern region of Donetsk.

The reason for the crash is still unknown as the investigation has been hampered by ongoing clashes between independence supporters and government forces in southeastern Ukraine.

On July 21, the UN Security Council adopted Resolution 2166, which stipulates that all hostilities in the area surrounding the site of the flight MH17 crash cease.

The warring sides reached a ceasefire agreement during a meeting of the Contact Group on Ukraine in Minsk on September 5. Though international observers reported the truce is generally holding, Kiev and the militia have both accused each other of ceasefire violations.

On Thursday, Australian Justice Minister Michael Keenan said that the investigation into the flight MH17 crash will be extended until August 2015. The joint inquiry team into the crash includes the Netherlands, Ukraine, Australia, Belgium and Malaysia, as well as other international partners. 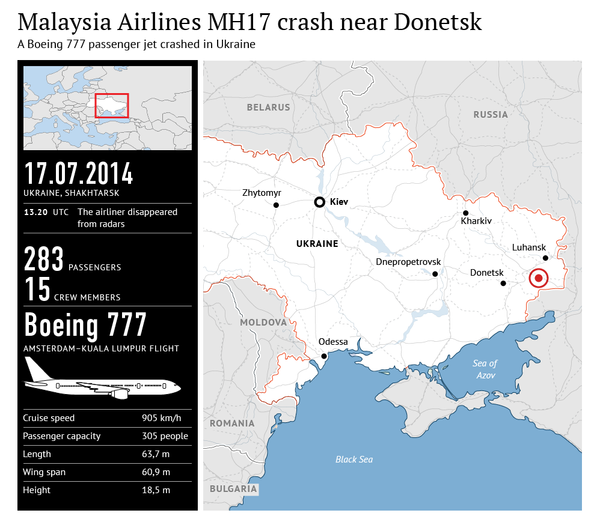