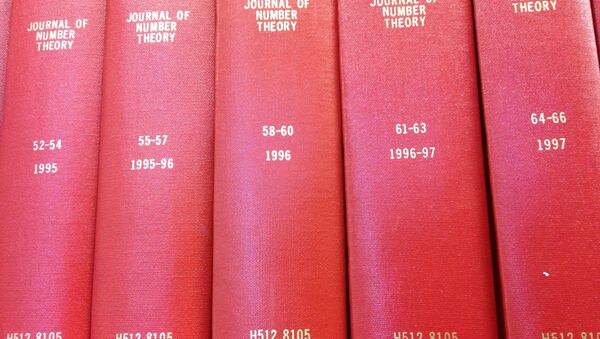 MOSCOW, November 14 (Sputnik) – Alexandre Grothendieck, a prominent European mathematician, passed away Thursday at the age of 86 in a French hospital, Le Monde reported.

The scientist died at a hospital in Saint-Girons, not far from Lasserre village, where he had lived in seclusion since the early 1990s.

Grothendieck was born in Germany to a Jewish family. His father, who was from Russia, died in the Auschwitz concentration camp in 1942.

After World War II, Grothendieck studied mathematics at the University of Montpellier and subsequently moved to Paris to continue his education.

Grothendieck made revolutionary advances in algebraic geometry and made significant achievements in number theory, the theory of categories and homological algebra. He was awarded Fields medal in 1966 and co-awarded the Crafoord Prize in 1988. He refused the latter explaining he did not lack money and generally disapproved of such honors due to the poor state of affairs in science.

Grothendieck was granted French citizenship in the 1980s though he had never applied for it. Until then he preferred to remain stateless and travelled with a Nansen passport issued by the United Nations.

Grothendieck taught mathematics at the Institute of Advanced Scientific Studies in Paris during the 1950s and 1960s while pursuing the subject.

In the 1970s Grothendieck abandoned science and moved to Montpellier.

In 2010, he wrote a letter to one of his students insisting that he did not want his works to be published again.