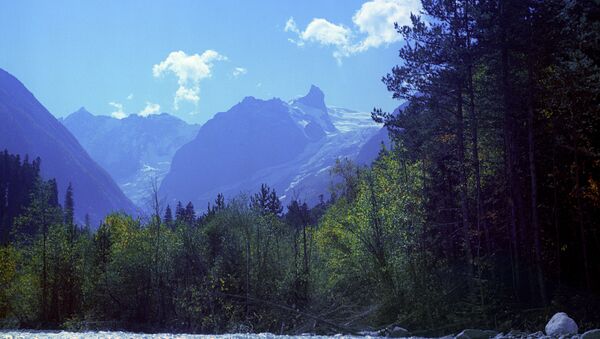 © Sputnik / Dmitry Debabov
/
Go to the photo bank
Subscribe
The United Nations Environment Programme reported that the world is on track to meeting a 2020 target on the expansion of protected areas on land and sea.

MOSCOW, November 13 (Sputnik) — The world is on track to meeting a 2020 target on the expansion of protected areas on land and sea, the United Nations Environment Programme (UNEP) said in a report Thursday.

“Target 11 of the Convention on Biological Diversity's Aichi Biodiversity Targets, finds that 1.6 million square kilometers [around 600,000 square miles] of new protected areas have been designated since 2012. Since 2010, the total additional global coverage equates to 6.1 million square kilometers — an area approaching the size of Australia,” UNEP said in the report published on the organization’s website.

According to the findings, 15.5 percent of terrestrial and inland water areas and 3.4 percent of the global ocean are currently protected.

The report noted that protecting the world’s ecosystems and species played a key role in mitigating the impact of climate change. About 7.8 million square kilometers [around 3 million square miles] of forests in protected areas absorb carbon dioxide from the atmosphere, in turn cutting the amount of greenhouse gases.

Therefore, it is crucial to “expand protected areas in a targeted manner-thus supporting efforts to tackle climate change", according to the UN Under-Secretary-General and UNEP Executive Director Achim Steiner quoted in the report.

At the same time, the report says there is a lack of progress in the areas' management and in ensuring that the protected areas are located in places conducive to biodiversity.

The Convention on Biological Diversity adopted the Aichi Biodiversity Targets in Japan, at the tenth meeting of the Conference of the Parties in October 2010. Target 11 is aimed at placing under protection at least 17 percent of terrestrial and inland water areas and ten percent of coastal and marine areas that are particularly important to the biodiversity and ecosystem services.