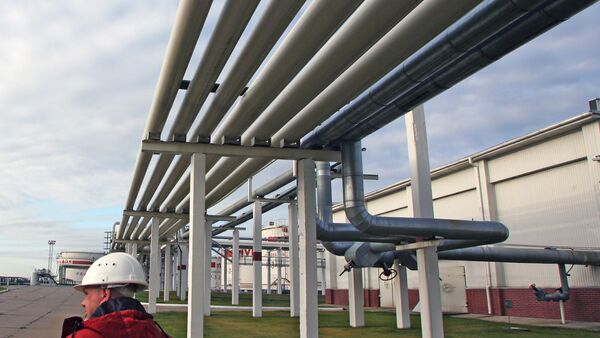 "We have indicated that the president's senior advisers at the White House would recommend that he veto legislation like that," Earnest added.

When asked if Obama would veto the bill on the pipeline, the press secretary noted that the view of these kinds of proposals at the White House had not changed.

On Wednesday, US Senate Republican Leader Mitch McConnell said in a statement that he "was glad to see that Senate Democrats have finally backed off trying to obstruct construction of the Keystone XL Pipeline."

Obama earlier warned that a project of this kind could contribute significantly to the causes of climate change, which constitutes one of the major objections to Keystone XL Pipeline project from the White House, Earnest reminded.

The Keystone Pipeline System is currently stretching from Canada's Alberta to US refineries in Nebraska, Illinois, Texas and Oklahoma. The Keystone XL is its expansion which is planned to carry heavy crude oil through America's heartland from Canada's tar sands. Thousands of environmentalists have been protesting in the United States against this 1,179 mile construction that will cost approximately $8 billion, according to the recent TransCanada Corporation estimate.