Training of Syrian Opposition to Have Impact in 8-12 Months: Chuck Hagel 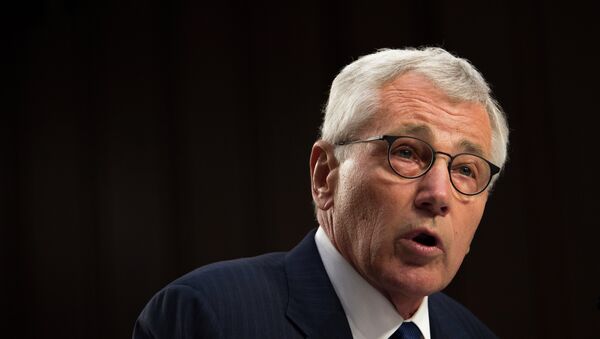 © US Department of Defense / Daniel Hinton
Subscribe
US Defense Secretary Chuck Hagel said Thursday that the US effort to train and equip "credible and moderate" Syrian opposition forces to have impact in 8-12 Months.

WASHINGTON, November 13 (Sputnik) – The US effort to train and equip "credible and moderate" Syrian opposition forces in order to fight against the Islamic State (IS) will require at least eight to 12 months to have an effect, US Defense Secretary Chuck Hagel said Thursday.

"We know the opposition will continue to face intense pressure in a multi-front battle space. And we are considering options for how US and coalition forces can further support these forces once they are trained and equipped," Hagel said at a House Armed Service Committee hearing, adding that training and equipping the opposition will "require at least eight to 12 months to begin making a difference on the ground."

Hagel noted that the United States cannot accomplish its objectives in Syria all at once and that there is "no purely military solution" to the conflict.

"Alongside our efforts to isolate and sanction the Assad [Syrian President Bashar Assad] regime, our strategy is to strengthen the moderate opposition to the point where they can first defend and control their local areas. Next, go on the offense and take back areas that have been lost to ISIL. And ultimately… to create conditions for a political settlement in Syria," Hagel explained.

According to the defense secretary, preparations to train and equip the Syrian opposition are complete, with Saudi Arabia and Turkey having agreed to host training sites. Training, recruiting and vetting of the opposition will begin when Congress authorizes funding.

In September, US President Barack Obama announced his decision to form an international anti-IS coalition. The US-led coalition is currently carrying out airstrikes against Islamic State positions in Syria and Iraq.