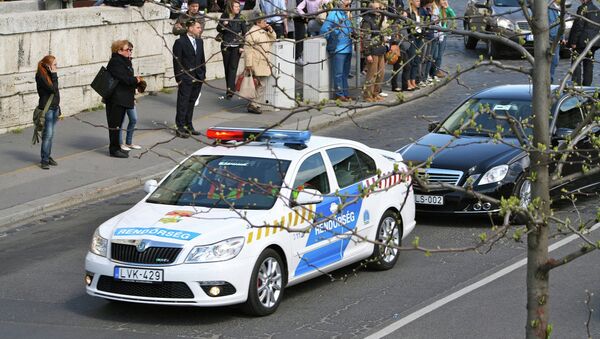 © Flickr / dzsimbo
Subscribe
International
India
Africa
The Organization for Security and Co-operation in Europe’s (OSCE) Representative on Freedom of the Media condemned police officers' attack on journalist in Bucharest and demanded an investigation into the case.

MOSCOW, November 13 (Sputnik) – The Organization for Security and Co-operation in Europe’s (OSCE) Representative on Freedom of the Media condemned Thursday the recent attack on a journalist by police officers in Bucharest and called for an investigation into the case.

"Attacks on journalist by law enforcement officers are especially worrying, since the police should safeguard and ensure the safety of members of the media. Incidents like these contribute to an atmosphere of fear and endanger media freedom," OSCE Representative on Freedom of the Media Dunja Mijatovic said at an international conference on television, Internet and the digital divide in Budapest, as published on the OSCE website.

"I trust that this incident will be swiftly and thoroughly investigated," she added. "Journalists must be able to do their work in a free and safe manner. Any obstructions to their freedom constitute an attack on free media."

Stefan Mako, a journalist from Casa Jurnalistului, a collective of independent reporters in Bucharest, was threatened and beaten several times during questioning by police officers after he was detained on November 10. Mako was arrested when he refused to stop filming the detention of a man in Bucharest. The police officers later deleted the video from Mako's mobile phone and released the journalist.