Human Rights Watch Calls on US to Recognize All Privacy Rights 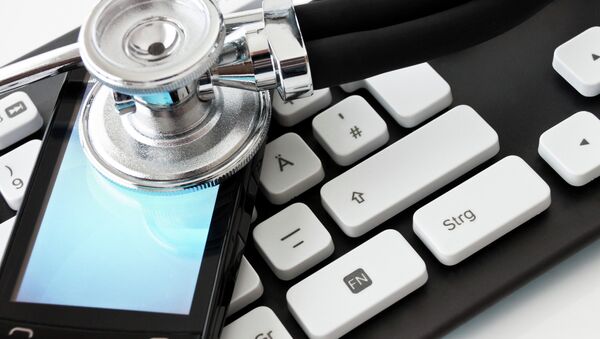 © Creatix
Subscribe
According to the Human Rights Watch, the issue of privacy has become more pressing than ever and the United States need to admit to having some responsibilities regarding a few foreigners it physically captures abroad and the millions of foreigners whose communications it captures virtually.

MOSCOW, November 13 (Sputnik) – The United States should recognize the right to privacy of other countries and stop its practice of spying on the communications of friendly nations, Human Rights Watch's general counsel Dinah Pokempner said Thursday.

Pokempner recognized that in today's global world the issue of privacy has become more pressing than ever. The general counsel added that capturing data violates the public's privacy rights, and fighting terrorism is no excuse for spying.

"Collecting signals wholesale from undersea cables effectively deprives millions of people of their rights. Although governments claim they do this to combat terrorism, there is little evidence of tangible benefits beyond what they get from more targeted surveillance, and plenty of diplomatic damage," Pokempner said.

In December 2013, the UN General Assembly adopted a resolution on privacy in the digital age, expressing a deep concern toward the impact of surveillance and the interception of communications. It urged the protection of online rights along with offline ones for everyone. This week, another draft resolution on privacy put forward by Germany and Brazil was laid out for discussion in the General Assembly.

In 2013, Edward Snowden, a former employee with the US National Security Agency (NSA) disclosed the agency's large-scale surveillance program, including spying on phone calls and electronic data worldwide. His disclosure provoked outrage in the international community at the US government's actions.

Human Rights Watch has repeatedly condemned the infringement of privacy rights caused by NSA's activities, stressing that its surveillance also threatened freedom of expression on the Internet.

000000
Popular comments
Sorry to state but all those calls will have no effect. The people will have to rise and throw all these corrupt officials out only then can change come.
Tactical Investor
29 November 2015, 21:22 GMT
000000
Newsfeed
0
New firstOld first
loader
LIVE
Заголовок открываемого материала
Access to the chat has been blocked for violating the rules . You will be able to participate again through:∞. If you do not agree with the blocking, please use the feedback form
The discussion is closed. You can participate in the discussion within 24 hours after the publication of the article.
To participate in the discussion
log in or register
loader
Chats
Заголовок открываемого материала
Worldwide
InternationalEnglishEnglishMundoEspañolSpanish
Europe
DeutschlandDeutschGermanFranceFrançaisFrenchΕλλάδαΕλληνικάGreekItaliaItalianoItalianČeská republikaČeštinaCzechPolskaPolskiPolishСрбиjаСрпскиSerbianLatvijaLatviešuLatvianLietuvaLietuviųLithuanianMoldovaMoldoveneascăMoldavianБеларусьБеларускiBelarusian
Transcaucasia
ԱրմենիաՀայերենArmenianАҧсныАҧсышәалаAbkhazХуссар ИрыстонИронауОssetianსაქართველოქართულიGeorgianAzərbaycanАzərbaycancaAzerbaijani
Middle East
Sputnik عربيArabicArabicTürkiyeTürkçeTurkishSputnik ایرانPersianPersianSputnik افغانستانDariDari
Central Asia
ҚазақстанҚазақ тіліKazakhКыргызстанКыргызчаKyrgyzOʻzbekistonЎзбекчаUzbekТоҷикистонТоҷикӣTajik
East & Southeast Asia
Việt NamTiếng ViệtVietnamese日本日本語Japanese中国中文Chinese
South America
BrasilPortuguêsPortuguese
NewsfeedBreaking
18:24 GMTTaiwan Scrambles Jets to Fend Off 27 Chinese Military Aircraft
18:09 GMTBelarusian Security Council Says Kiev Stirring Up Migration Issue to Get Money From West
18:03 GMTPresident Ramaphosa Delivers Speech on South Africa's COVID Fight Amid Spread of Omicron Strain
17:52 GMTSouth African Doctor Says 'Mild' COVID-19 Variant Omicron Already 'Seeded' in UK
17:38 GMTPoll: Kamala Harris & Michelle Obama Dems' Top Choices for 2024 Race If Joe Biden Decides Not to Run
17:27 GMTHunter Biden Received 3-Carat Diamond on Top of $10M a Year Deal With Chinese Businessman, Book Says
17:17 GMTWill the Maxwell Trial Expose Epstein's Rich & Powerful Friends or Turn Into Another Cover-Up?
17:12 GMTSouth Africa's Health Minister Unhappy With International Reaction to Omicron Strain
16:32 GMTKremlin: Anti-Russian Campaign Could Be Used to Distract From Kiev’s Planned Military Op in Donbass
16:11 GMTGermany Warns US Congress Nord Stream 2 Sanctions Will 'Damage Transatlantic Unity', Docs Show
15:54 GMTPrince Harry Lashed Out at Prince William Who Asked Him Not to Rush Things With Meghan, Book Claims
15:45 GMTPoland Ready to Help Finance Return of Migrants Stuck at Border With Belarus to Home Countries
15:05 GMTTwo Iranian Seamen 'in Good Health' After Being Rescued by US Navy Ship in Gulf
14:51 GMTThe Omicron Strain: What is Known About New COVID-19 'Variant of Concern'
14:47 GMTAustrian Chancellor Speaks for Proceeding With Nord Stream 2 Pipeline Project
14:43 GMTKyrgyz Lawmaker Detained on Suspicion of Plotting a Coup - Source
14:19 GMTBiden's Attempt at Sending Message of Return to Normalcy Thwarted by New COVID Variant
14:00 GMTMacron Bashed for 'Throwing Toys Out of Pram' as Patel Uninvited to EU Talks on Channel Crossings
13:47 GMT'Leaked' Ballon d'Or Result Confirms Lionel Messi as Winner, But Dutch Pundit Blasts PSG Forward
13:40 GMTUK Royal Air Force Accused of 'Woke B***hery' After It Ditches Airwomen and Airmen for Aviators