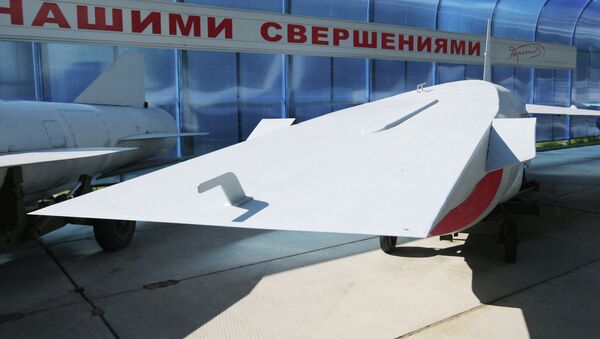 Boris Obnosov, general director of the Tactical Missile Systems Corporation, said that the first hypersonic missiles could appear before 2020.

ZHUHAI, November 13 (Sputnik) — The first air-launched hypersonic missiles could be produced in Russia within the next six years, Boris Obnosov, general director of the Tactical Missile Systems Corporation, stated Thursday.

"In my estimation, the first hypersonic products should appear … in this decade — before 2020. We have approached this. We are talking about speeds of up to six to eight Mach. Achieving higher speeds is a long term perspective," Obnosov told journalists at the Airshow China-2014 space exhibition.

He noted that hypersonic missiles will be air-launched at first, using the carrier aircraft’s initial velocity to reach the speeds necessary to run a ramjet engine.

The general director also suggested that manned hypersonic vehicles would appear no earlier than 2030. "I believe that manned flights at hypersonic speeds will be possible sometime between 2030 and 2040."