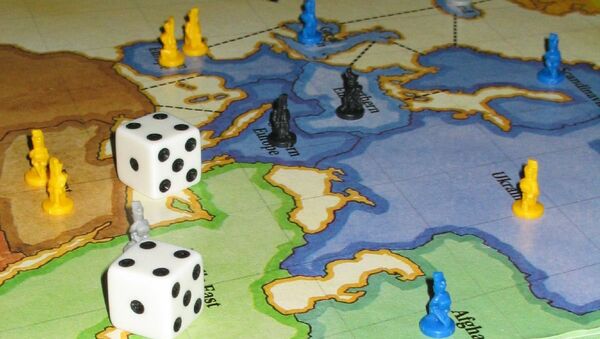 One is hard pressed to come up with anything truly positive to say about Ukraine. Sadly for this country and its people, the serious crisis the country is experiencing was artificially induced with outside meddling.

Ukraine has been transformed dramatically since the latest ‘Maidan rising’ a year ago. Its domestic politics and geopolitical standing are hardly recognisable, its economy is on the brink of meltdown and insolvency.

What follows is a short of review of what has happened in Ukraine since what should be correctly be described as the “Original Sin” – the forceful overthrow of the democratically elected government in Kiev on February 22 of this year. The violent coup with strong and obvious western backing that witnessed the fleeing of President Viktor Yanukovych shattered the country’s legal and constitutional order. This traumatic event continues to have a ripple effect impacting every sphere of life in Ukraine.

The Ukraine narrative offered by the West always stresses democracy first and foremost. And elections are a fetish to the desired result of democratic legitimacy. Ukraine has hardly earned high marks in the area, irrespective of U.S. State Department proclamations and denials of direct involvement in deciding political outcomes in the country.

The parliament that took control immediately after the coup was purged. Then it voted on important constitutional issues without a quorum and without the involvement of the Constitutional Court. All very illegal under Ukrainian law, but praised in the West. Thus, at the heart of the new powers-that-be who rule in Ukraine is legal illegitimacy.

The May 25 presidential election that saw Washington favourite Petro Poroshenko elected in the first round was conducted under conditions of violence, intimidation and civil war in the East of the country. The same can be said of the parliamentary elections in October. Nonetheless, the West gave the new government in Kiev the seal of approval. At the same time, elections held in Donbass – a clear example of self-determination – were called illegitimate. At this point we have competing narratives of legitimacy in Ukraine, something that points to an inevitable break-up or partition of the country.

Ukraine’s “Original Sin” has also legitimised and made respectable patently Neo-Nazi groups and their leaders. Ultra-nationalist and violent Right Sector leader Dmytro Yarosh won a seat in the new parliamentary (and not a word of condemnation from the West). The electorate has moved decidedly to the right. But this is hardly a reflection of popular opinion and electoral patterns. The Communist Party and the Party of Regions were intimidated out of the running. While at the previous elections these two parties garnered about 40% of the vote. How the current parliament can be deemed the result of a democratic process is difficult to fathom.

Clearly much has changed in Ukrainian politics. However, one fixture on the political landscape is the overwhelming power and corrosive influence of the country’s oligarchs. Poroshenko is merely another oligarch to ascend to the centre of power at the expense of his peers. Though there is a difference this time around. Poroshenko is the Ukrainian oligarch positioned to do the bidding of Washington and Brussels. How effective Poroshenko will be in this endeavour remains unclear; he continues to have to be concerned with ultra-nationalists and neo-fascists let loose since the February coup who can still threaten him.

The West’s open backing of oligarch Poroshenko is very problematic for a number of reasons. First, he is part of the same “orange crowd” that failed to deliver real change when they had the chance after the “Orange Revolution.” Thus, now we have the revolving door of the “orange crowd” minus the now neutered “blue and red crowd” plus elements of the “brown crowd.” If this doesn’t sound dysfunctional enough, add to the mix that Ukraine in very much in need of serious (and very painful) economic reforms. Objectively, Poroshenko must put a leash on his oligarchic peers for reforms to really work. Does anyone really believe Poroshenko is going to put himself out of business – and will his fellow oligarchs allow him to destroy their empires? Anyone who believes this knows nothing about Ukraine’s post-Soviet history.

The February coup smashed everything in Ukraine, including its sovereignty. The “Original Sin” forever destroyed the delicate balance of what was Ukraine. Prior to the coup there were real elements of electoral competition in Ukraine despite the corrupting influence of the oligarchs. During the course of the last 12 months, that has all changed. Crimea with its Russian majority and uncontested historical links to Russia feared the new and illegal regime in Kiev. This fear was translated into an opportunity. The political rhetoric and the kind of people taking control in Kiev spooked the majority of Crimea and alarmed Moscow. The very thought of the Crimea’s deep sea ports falling to the hands of NATO was clearly deemed a threat to Russia’s national security. The illegitimacy of the February coup was the first step in Ukraine’s changing borders.  Crimea voted with its feet and the rest is history. Russia gladly and rightfully accepted Crimea’s return to the fold.

Then there is Ukraine’s civil war. A year ago only historians used the term “Novorossia.” Today it is a real physical place and a very real place in the minds of millions. The Kiev regime and the “Original Sin” created Novorossia. There has been much debate and discussion about Ukraine’s national identities – yes, plural identities. In the west of the country there has been a steady increase of those who saw their identity as defined by being anti-Russia and anti-Russian. Many of them embraced the fascist message of Ukrainian Nazi Stepan Bandera who embraced Adolf Hitler during the Second World War. The western backed coup gave them a political opportunity to go mainstream many thought unrealistic only a year ago. This was a terrifying prospect for many living in Ukraine’s east and south.

The peoples of Donetsk and Lugansk – collectively known as the Donbass — were forced to reflect and then quickly react as the government they voted for in Kiev was illegally overthrown. These ethnic Russians and Russian speakers were forced to chose their identity and thus their political loyalties. Kiev forced them to do this, not Moscow. After Kiev’s continued murderous “anti-terrorist operation” against the populations of the east, there should be no surprise these people want to live in peace beyond Kiev’s control and probably with Russia’s protection.

The Kiev coup has drastically changed the Ukraine-Russia relationship. For Washington, Brussels and its acolytes in Kiev this is seen as a plus. However, in the larger scheme of things this is most likely a huge and miscalculated mistake. The West has publicly supported and financed anti-Russia forces in Ukraine for decades. But one must ask toward what end: is western support of Ukraine the goal or is it merely to damage Russia’s national security interests?

The West’s culpability in Kiev’s “Original Sin” of illegal regime change is undeniable and irrefutable. Will the West now pay for the mess that it has created in Ukraine? And how long will the West whitewash Kiev’s most odious neo-fascist elements? In the meantime, get used to hearing the term “Novorossia.”