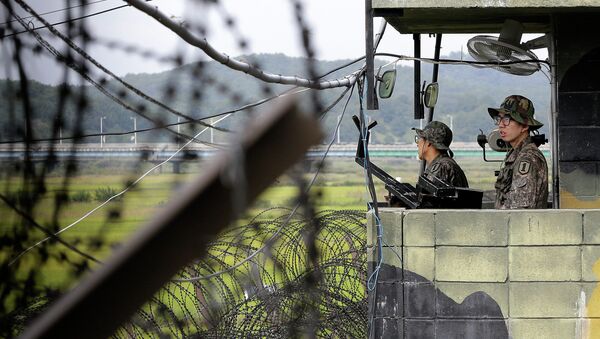 This was the second time that Seoul has fired warning shots escalating tension between the two states.

The incident happened inside the 4-kilometer wide Demilitarized Zone that was created when the 1950-53 Korean War ended with an armistice, as stated by AP.

Tensions between the North and South remain elevated following two incidents last month involving gunfire exchanges, although no casualties were reported in either one.

In the first incident, troops from the two countries traded gunfire over propaganda leaflets South Korean activists sent across the border by balloon. In the second, North Korean soldiers were seen too close to the border, initiating a gunfire exchange. North Korea said its soldiers were engaging in routine patrol missions, as stated by AP.

About ten North Korean soldiers withdrew without returning fire after South Korean troops fired 20 rounds of warning shots, officials said to AP on condition of anonymity. There were no casualties.

The firing intensifies hostilities between the rival Koreas, even as North Korea's tensions with the United States seem to have eased after the announced release of two detained Americans a day earlier. The last two Americans it had detained — Matthew Miller of Bakersfield of California, and Kenneth Bae of Lynnwood, Washington were released in a move seen as an attempt to break a long impasse with the US over talks on North Korea’s nuclear program as stated by AP.

South Korean troops had detected North Korean soldiers approaching the border several times this year, but this was only the second time that the South fired warning shots, the officials said.

The Korean Peninsula remains in a technical state of war because the Korean War armistice has yet to  be replaced with a peace treaty.