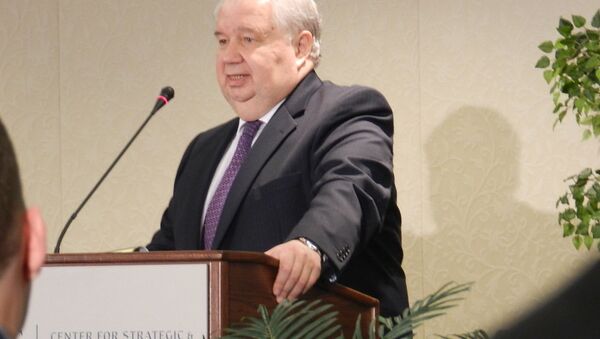 © RIA Novosti . Maria Young
Subscribe
International
India
Africa
Russian Ambassador to the United States Sergey Kislyak stated that the American media grossly distort information about the Ukrainian crisis and that the Russian viewpoint is not always heard despite the efforts of the diplomats.

"The image that the Americans see is unacceptably distorted," the ambassador said during the Russian-speaking Academic Science Association (RASA) conference.

Kislyak noted that he had organized an informal meeting with the editors of the major American printed media recently to "understand why this happens, as… in case with Ukraine it comes out that the truth is cut so short that it becomes a lie".

The ambassador also added that the Russian viewpoint is not always heard despite the efforts of the diplomats.

An armed conflict started in eastern Ukraine in mid-April, when Kiev launched a military operation against independence supporters there, which led to a desperate humanitarian situation in the region.

According to the UN estimates, the conflict has claimed more than 4,000 lives and left more than 9,000 people injured.